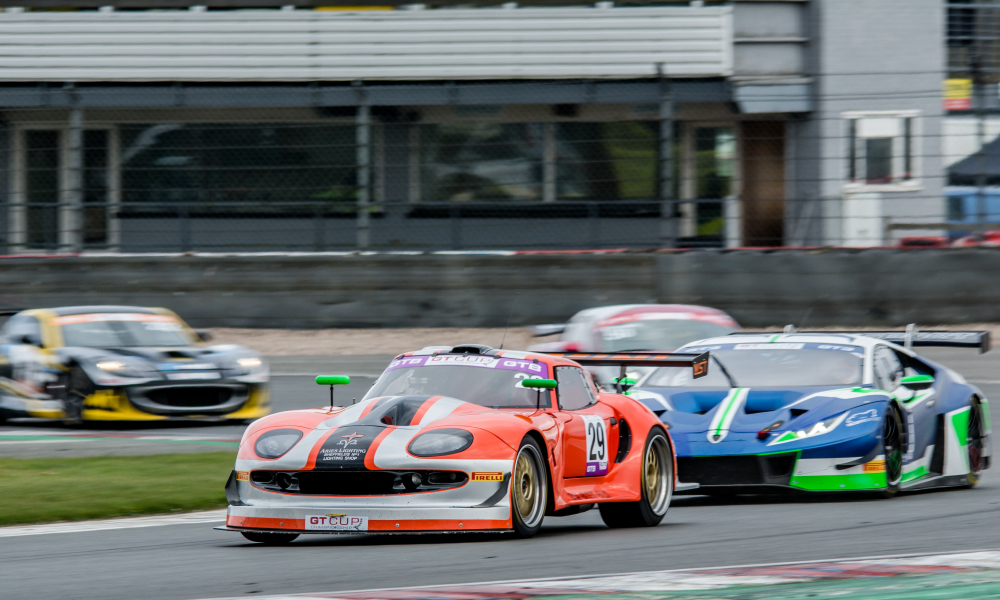 One of the unique things about the GT Cup championship is its group system which allows cars of all kinds to take part in the championship. Some competitors take the opportunity to run up-to-the-minute GT machinery. Others, like Andy Robey, use the group structure to bring a true classic GT car into the field.

Robey debuted in GT Cup back in 2015, joining a couple of rounds before running a full season in 2017. A short break from racing followed before Robey ran a partial season in 2020. Through all of this, his faithful, yellow BMW M3 GTR was his weapon of choice. It brought him some good, midfield results but it's all change for this year and Robey has thrown himself in at the deep end.

Gemini Motorsport finds themselves running a Marcos Mantis this year, and fans of British GT or TOCA Race Driver 3 will probably recognise the car as the former championship-winning machine from Team Tiger. The car has quite a history in GT racing netting 11 race wins in British GT during its run in the early 2000s as well as a trip to Bahrain for the GT Festival. Now in the hands of Robey, he hopes to emulate Team Tiger's success with the car in the GT Cup.

It's not going to be an easy journey for the team however as the season opener at Donington Park was the first experience they had with the car. With no prior testing, Robey had a veritable baptism by fire piloting his new car in an extremely busy 38-car grid. Though as debuts go, four podium finishes are nothing to sniff at. However, in true racing driver fashion, Robey felt it could have gone better. "It started off not too bad on Saturday, but we seem to have taken a step backward, so we need to work out where we've gone wrong and try to get back up there." He admitted. "Friday was the first time in it and it's definitely something different, it's not a BMW like I'm used to. You know you're driving it!"

After running the BMW for so long, the change to the Marcos is a big one for Andy and one he'll have to adapt to over the season. When asked about the swap, he said "Everything about it [is different], the actual driving style to how it feels, how it handles. We've got similar power levels to the BMW with the engine in it but it's a totally different car to drive."

The Marcos sits in the championship's Group GTB, alongside another Marcos Mantis, several Porsches, and an Aston Martin. It's definitely a competitive group. With 64 points from the outing at Donington, Andy Robey finds himself second in the group title race – an impressive feat considering his lack of experience in a new and very different car. And with the team's strong desire to improve, perhaps they can replicate the Team Tiger success here in the GT Cup