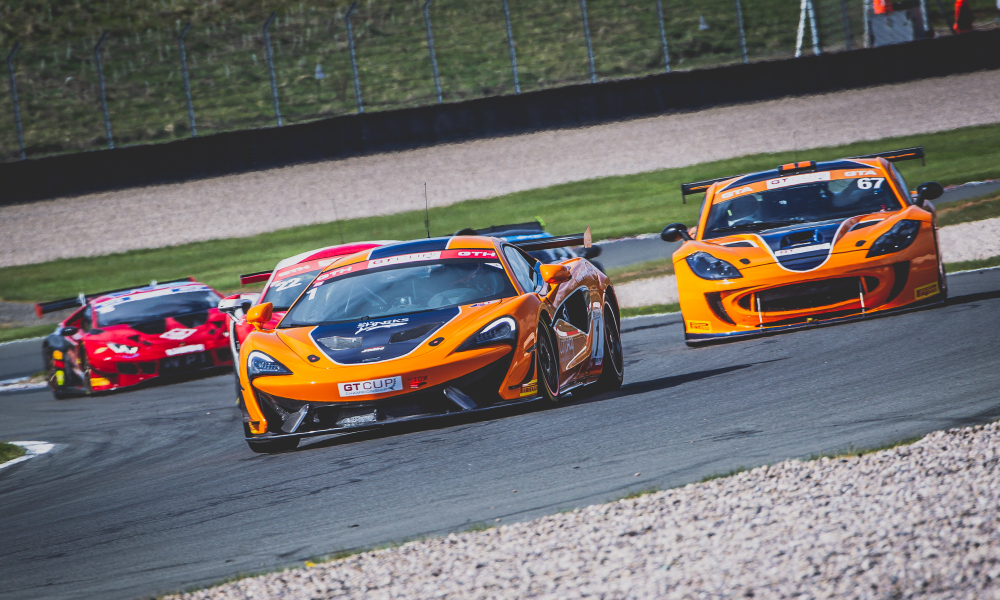 After winning the overall and Group GTA titles in 2020, Simon Orange and Josh Jackson have adopted a unique strategy to defend their titles. Not only have they changed teams for 2021, but they are also fielding an unusual two-car entry.

Making their GT Cup debut in 2020, Orange and Jackson impressed from day one. Proving to be the quickest drivers in Group GTA, they ended the season a massive 184 points clear of their nearest group rival and 46 points ahead of second place in the overall title race. Some might argue they needn't change anything for 2021, but the drivers clearly thought there was room for improvement.

Swapping out Team HARD for JMH Automotive, a new partnership has been formed for this season – Orange Racing Powered by JMH. The team is running three cars, including a second Ginetta for Russ Lindsay and Patrick Collins, but rather than having a third set of drivers, Simon and Josh are sharing two cars between them. This is the basis of their strategy to retain their titles (and potentially add a few more), tackling two different groups to give themselves more of a chance of a Group Title and the Overall trophy.

Staying in Group GTA was a no-brainer. The team already had the Ginetta G55 Supercup and had proven their ability to run it well. It was then a decision as to which group to run the second car in. Part of the decision came down to giving the drivers enough challenge, and so Orange Racing picked up a McLaren 570S GT4 to join Group GTH. It's an unusual format for a team, but the team have big ambitions aiming for the two group titles, overall and team titles. Plus, the Sprint Challenge and new Sporting Challenge provide yet more opportunities for these two Sporting drivers to prove themselves.

Swapping from two very different cars during a weekend is no easy feat, however. Currently, the two drivers share the two cars, swapping machines from Saturday to Sunday. For example, at Donington Park, Jackson took on the Ginetta for the Saturday while Orange handled the McLaren. They then 'switched keys' for Sunday's races. Orange admitted he might have drawn the short straw with the driving order at Donington. "Josh has been smarter than I have, and he suggested I start in the McLaren and change to the Ginetta for the second day." He said. "And going from the McLaren to the Ginetta is a challenge!"

Currently, however, the bet is paying off reasonably well for the team. The Ginetta is again leading Group GTA while the McLaren sits second in the Group GTH tables, and their combined score has them at the top of the Team leaderboard. There is still a long way to go this year, and the team may yet make some strategic calls as the season unfolds. But one thing is for certain, Orange Racing Powered by JMH are a formidable force and are out there to win.