The 2019 GT Cup Championship started in style with an extensive grid of machinery, new and old, battling it out for success in the opening four races at Donington Park.

The headlines were made by a dramatic Sunday victory for Jamie Stanley and John Seale in their all-new JMH Automotive Lamborghini Huracan, and the return of Richard Chamberlain in his rebuilt Porsche 935, once ravaged by a fire at Silverstone in 2017. He claimed three hard-fought victories over the two days of action, challenged to the bitter end by its modern rivals.

Chamberlain said: “It’s been a good weekend, and I’m really, really pleased with the performance of the car. The first race in the car for me in 20 months, and I’m exhausted. Over the last 12 months we’ve worked on it like dogs, but it’s all worth it and good to be back.”

Experienced names in GT Cup returned, but there were no shortage of well-established pro drivers to compete against. Among those, former A1GP champion Adam Carroll claimed a Group GTC win in one of FF Corse’s three Ferrari 488 Challenge entries, while Le Mans 24 Hours victors graced the series as LMP2 victor Matt Howson gave chase.

Century Motorsport were among those that joined the GT Cup battlefield with a pair of BMW M6 machines, both Adrian Wilmott and series returnee Dominic Paul challenging for wins on Saturday.

The series also saw old faces showing their commitment by introducing brand new cars to their programme for 2019. Famous for their success in a BMW M3 previously, James Webb lifted silverware in both sprint races over the weekend with an all-new Lamborghini Huracan, while Seale and a rapid Stanley also left Donington with a winner’s trophy having jumped into JMH Automotive’s similar new Huracan.

Stanley said: “John did a sterling first stint in the second race to give me enough delta to go and catch them, which made my job much, much easier. I think we had the pace to win both races, but we were really unlucky with the red flag in the first race as I was catching Richard. I love GT Cup; it feels like a second home, and it’s a great training ground for guys like John to enjoy driving GT cars.”

Seale almost took victory in the opening endurance race thanks to a strong partnership with the experienced Stanley, who grabbed the fastest lap of the weekend in his pursuit of Chamberlain and Dan Gibson in the two longer races. It again showcased a closely-matched field as Lamborghini took the fight to Ferrari and McLaren in GTO and GTC.

Gilbert added: “It’s been really good, and in the sprint races I’ve had a couple of good overall finishes. In the endurance it’s always a tough one because I’m on my own and a lot of pro drivers are taking part, so we did the best could. In the first stint, I had a dice with a few of the Ferraris and it was pressure, pressure, pressure. Both of them went off – I was laughing so much to myself. We didn’t even do any testing with it or anything. I think for me I’ve done my personal best here.”

Another new machine that turned heads throughout the weekend was the new McLaren 570 of Steve Ruston and John Whitehouse. Branded with an iconic red and white colour scheme that brought back the manufacturer’s nostalgia of the 80s and 90s, the car took a brace of Group GTH wins for its credit alongside Team HARD’s Sam Randon and Joshua Jackson.

While Stanley and Seale would come up short in the first endurance race of the weekend, the rapid pace of the returning Stanley was showcased in the new JMH Auto Lamborghini as he grabbed the fastest lap of the weekend with a 1m03.773s effort in winning the final race.

GT Cup returns for its next four rounds at Snetterton’s 300 circuit in Norfolk in little over three week’s time on 11th/12th May 2019. 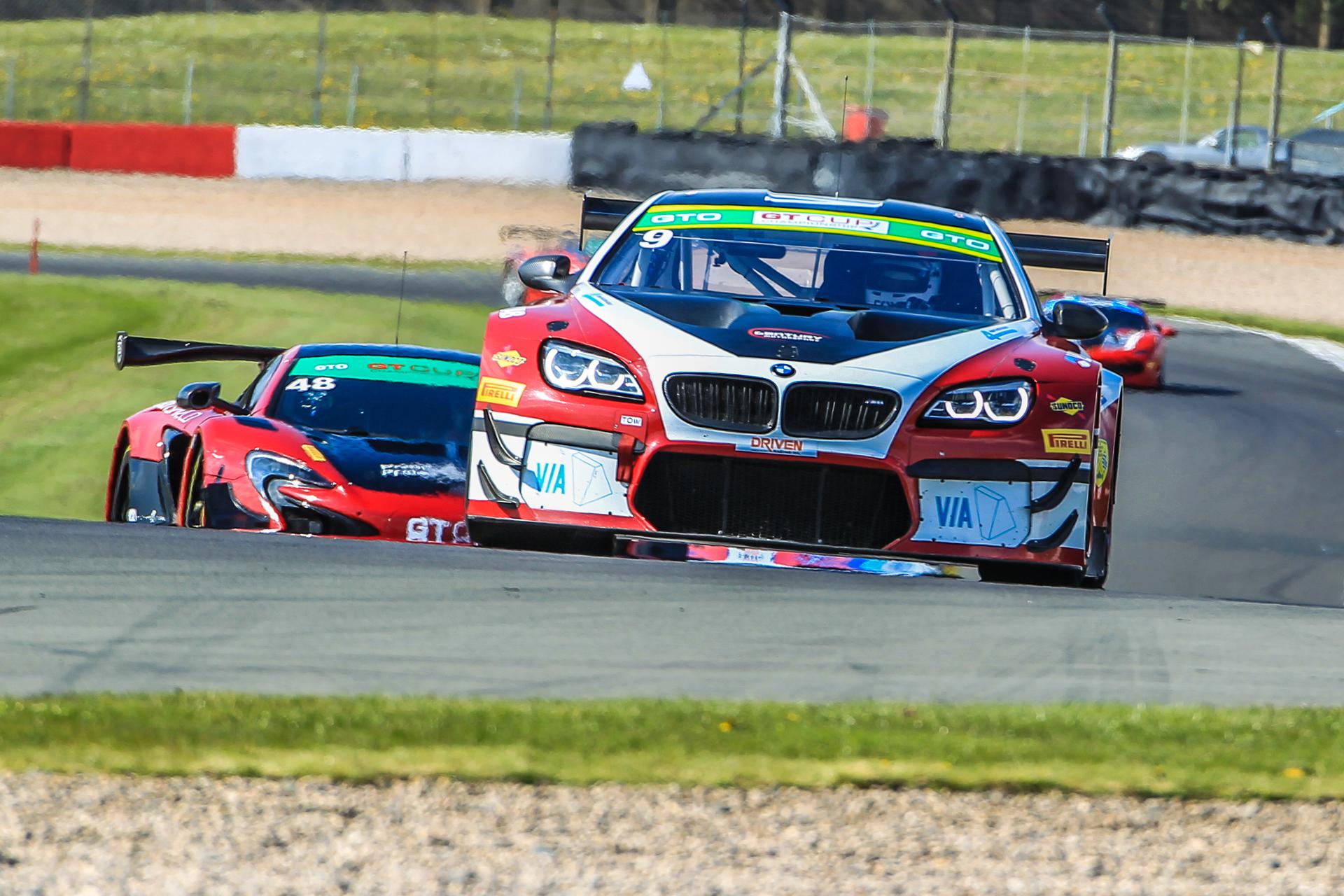