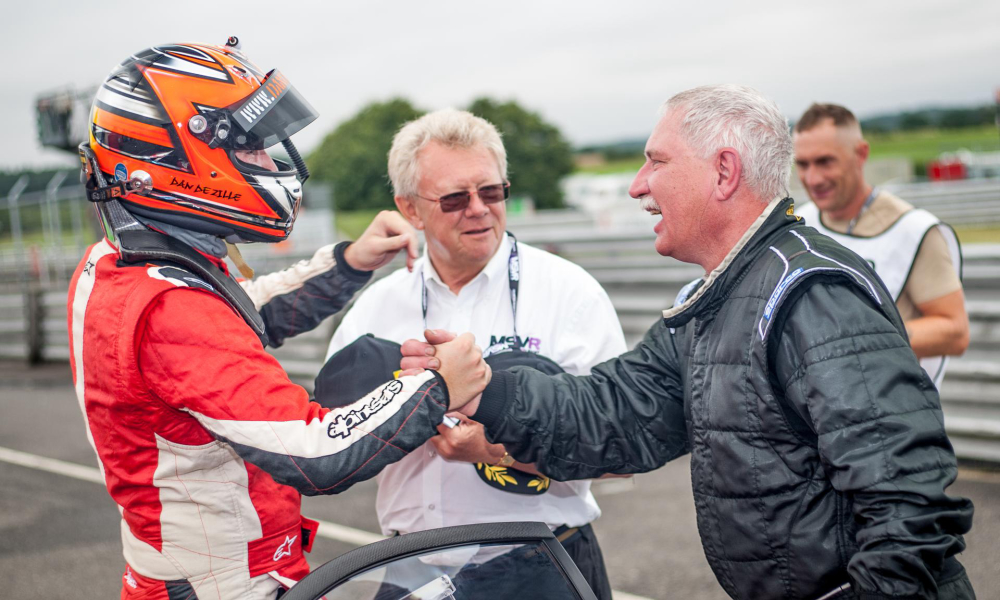 Both days brought close finishes in the sprint races, narrowly won by the Porsche 935 of Chamberlain. Saturday’s action boiled down to a straight fight between Chamberlain and the newly-introduced FF Corse Ferrari 488 Challenge of Dan de Zille, who had grabbed pole position in the wet earlier in the morning.

Chamberlain hung on despite briefly surrendering the lead at Brundle, and doubled up the following day by fending off a charging G-Cat Racing Porsche in Sunday’s sprint by 0.3s. The latter missed out on Saturday but, after a 800-mile trip to Belgium to replace a £5 part, the 911 GT3R fought back to take a GTO second place finish in Sunday’s sprint with Shamus Jennings.

While FF Corse missed out in the sprints, they enjoyed a clean sweep in group GTC with four wins, two of those for Laki Christoforou who also grabbed an inspired wet weather win with the experienced Adam Carroll in Saturday’s endurance race, after changing to wet weather tyres early on when the rain arrived. Dan de Zille earned the honours in the first and fourth races, father Graham de Zille joining him in the final enduro.

Dan said: “watching Dad and Laki racing this morning is what I wanted to see! It was the same yesterday when I was battling with Richard and could compete for the win, so I was looking forward to this weekend.”

The second endurance race went the way of JMH Automotive and their Lamborghini Huracan on Sunday. John Seale missed out in the sprint race after claiming pole in the second qualifying session of the weekend, but a charging Jamie Stanley was untouchable in the latest 50-minute contest as the pair added a fourth victory to their name in ‘19.

Stanley said: “John has been rapid all weekend. He did all the hard work in the endurance race to be honest, and I just had to get in and cruise it home at the end. Obviously we had a really tough start to the weekend with an accident in practice on Saturday, but the team rebounded well again to come back and get both a pole and victory.”

Del Shelton starred in the wet first endurance race thanks to an inspired wet tyre choice, leading for much of the race in his Geoff Steel Racing BMW en route to a maiden GTB win of the season. David Frankland starred with two wins in his 24/7 Motorsport Porsche 911, Top Cats Racing’s Sander Mortensen grabbing a win in Sunday’s sprint.

Team HARD could celebrate a clean sweep in GTA, thanks to the Ginetta G55 pairing of the ever-improving Kris Prosser and his rookie team-mate Steven Chandler.

“My first run in the car was on Friday, and then I’ve been shaving eight seconds off my time”, said Chandler, while Prosser added “I had a good battle with a few of the GTB cars, and we were three or four abreast and almost ice skating at times. It makes you realise just how much more grip you have with a wet tyre in those conditions.”

Jamie Stanley’s 1m51s effort in the final race of the weekend was also enough to seal the fastest lap of the weekend, aiding him to a fine win.

GT Cup returns to the Home of British Motorsport next, visiting Silverstone’s GP circuit across the weekend of 17/18 August.