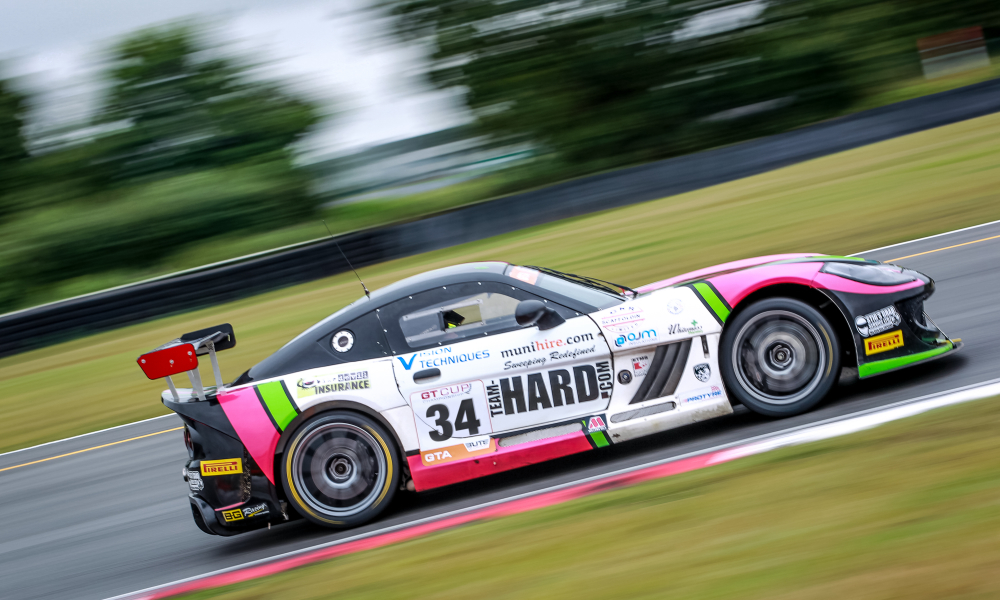 Having already revealed a GTB Porsche entry for Ben Clayden, Team HARD Racing has announced today that they will also be fielding a group GTA entry in the form of a Ginetta G55.

The team has been running their yearly scholarship to determine who their drivers will be for the 2020 season, with Ollie Brown emerging victorious. This season will mark Ollie’s first season racing in cars and he’s looking forward to the challenge.

“After 20 years out of competitive racing and having never raced a car before, I took the opportunity to take part in the Team HARD. Racing Scholarship and won!” said Brown. “I am very excited and overwhelmed to be racing in the #34 Ginetta for the GT Cup, being part of such a big successful team and more importantly, the family, is a dream come true. I’m fully focused for the start of the season and looking to do everyone that has believed in me proud.”

Looking forward to the season ahead, Team HARD. Racing’s Managing Director, Tony Gilham, expects good things from his scholarship winner.  “We are really excited for this entry into the GT Cup. Ollie stood out above all others in this year’s scholarship, he proved he could handle all of the scenarios we threw at him across both days and was able to perform exceptionally when it came to driving the Ginetta.

I’m confident that Ollie will bring something new to the team both in his driving and his attitude towards the competition. I’m looking forward to watching Ollie bring home some consistent results throughout the season.”

Brown’s teammate for the full season will be announced by Team Hard on Thursday.

The GT Cup season begins with media day on Thursday 27th February before the season opener at Donnington Park on the 18th/19th April 2020.