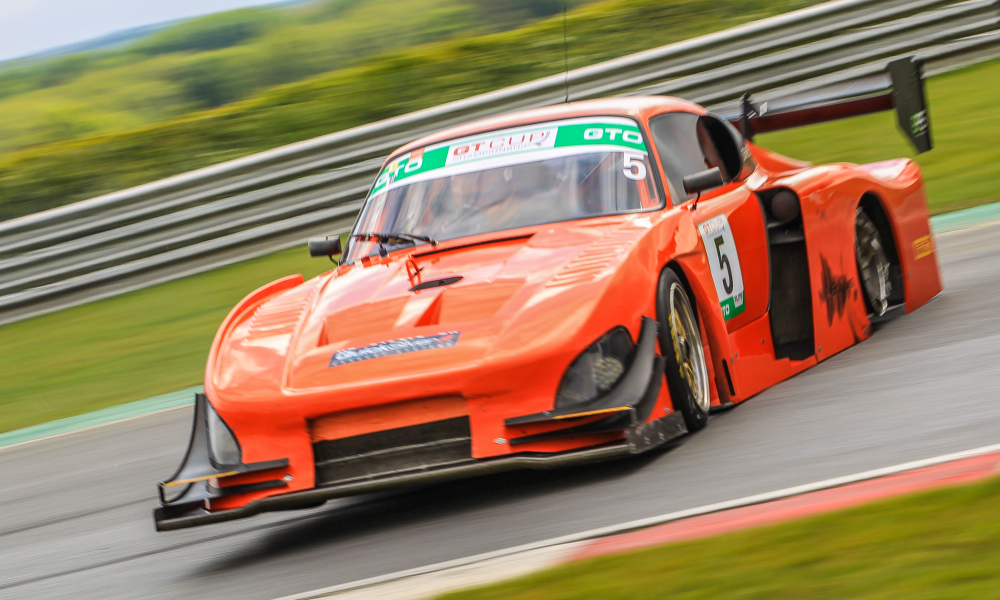 The GT Cup is thrilled to welcome Richard Chamberlain and his unique orange Porsche back to Group GTO for the 2020 season. Last season ended early for Chamberlain as mechanical gremlins plagued the car, but following a busy winter, the Porsche is almost ready to tackle the UK circuits once again.

Despite only partially completing the 2019 season, Chamberlain racked up an impressive collection of silverware. With four wins and six group pole positions from just half the season, Richard managed to rack up 240 points for CTR Developments and placed inside the top ten of the Team’s Championship standings.

The Porsche 935 has undergone extensive work over the last couple of years following an unfortunate fire in 2017. And during the 2019 off-season, CTR Developments have re-engineered the car to try and cure the overheating problems it suffered in the latter half of the year. The car is well known on the UK circuit for its sheer speed, so if it can prove reliable, the 935 will be a definite contender for the GTO and indeed overall championship.

“We’ve had a great off-season,” said Chamberlain. “Work is still ongoing with the car but it will be ready for Donington. I’m looking forward to another year with the GT Cup. The series is really enjoyable, plus the format and track time is ideal for us. I can’t wait to get started!”