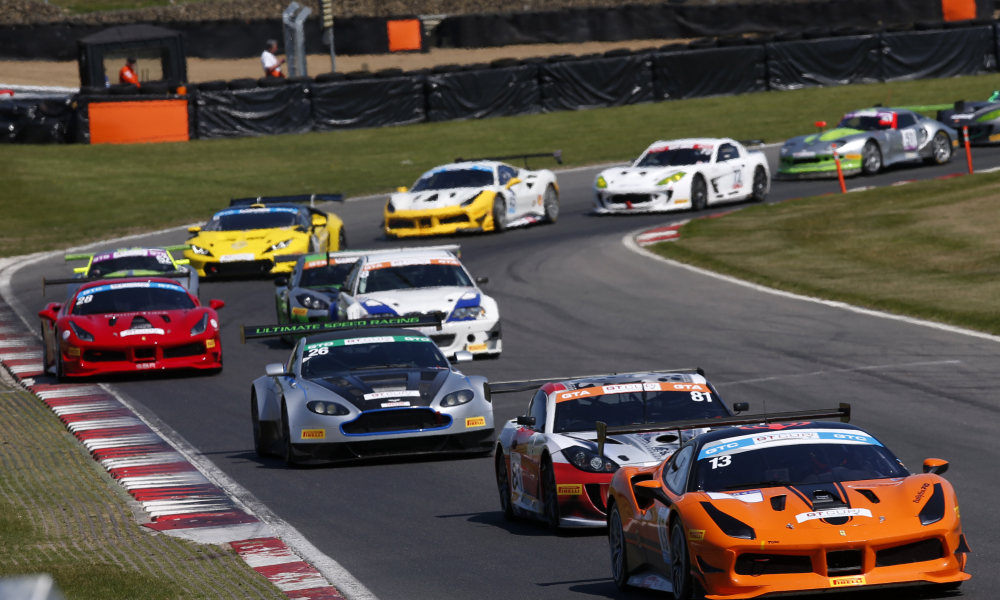 Four down, one to go – the GT Cup heads to Brands Hatch

The GT Cup is entering the latter half of the 2020 season as the championship makes its way to Brands Hatch for the penultimate weekend.

Despite the current global situation, the GT Cup grid has grown again since last time out. Twenty-nine cars across six groups will line up on the grid this weekend for rounds 13, 14, 15 and 16 of the 2020 Championship. After the last rounds at Donington Park, Josh Jackson and Simon Orange now lead the overall title race, sitting 12 points ahead of Ben Clayden and Sam Randon.

Group GT3 will see Nissan do battle with Porsche this weekend. Grahame Tilley and Will Tregurtha are back with their NISMO GTR GT3, while Porsche will be represented once again by G-Cat Racing. Shamus Jennings and Greg Caton will no doubt be on the hunt for more trophies after a win and a second-place finish last time out. Keep an eye at the sharp end of the field though, as Sam Allpass and Geoff Steel Racing will be representing Group GTO with their BMW Evolution.

In Group GTC it's once again Lamborghini vs Ferrari. Current GTC points leader John Dhillon keeps Phil Quaife aboard his Ferrari 488 Challenge with Jim and Glynn Geddie bringing their Huracan back for a second weekend.

Group GTB gains two new entries for Brands Hatch. Returning after a break is Geoff Steel Racing, with Del Shelton and Phil Keen aboard their BMW GTR. Also joining the group are ALP Racing, who have not been seen in the GT Cup for a few seasons. Alan Purbrick and David Brise will be bringing their Saker RapX back to the grid.

This all provides more on track competition for the rest of the group. Sitting atop the points standings is Team Hard's Ben Clayden and Sam Randon, though Top Cats Racing's Warren Gilbert and Jensen Lunn are just 35 points behind. The second Marcos Mantis will be back again for Brands Hatch with Charlotte Gilbert behind the wheel. Lunn will be jumping between both cars for the two pit stop races. Invitational entry Tom Barrow is back for more this weekend with the Saxon Motorsport BMW 150 GTR. Barrow had a fantastic weekend at Donington Park and will surely be looking for more of the same.

Group GTH looks to be continuing its strong form with eight entries for Brands Hatch. Reigning overall champions Steve Ruston and John Whitehouse hold a healthy lead at the top of the group points table, sitting over 90 points clear of Chris Murphy and Steve Birt. Steve Birt makes his return to the paddock after an injury and the pair of Whitebridge Motorsport Aston Martins will also be sporting a brand-new livery.

Scott Sport's Craig Wilkins and Feathers Motorsport's James Guess will both be looking for a better weekend than Donington – both Ginettas suffered technical issues last time out. Invitational entrants Newbridge Motorsport return to the grid for a second weekend in their striking purple Aston Martin Vantage GT4 with Matt Topham and Alex Toth-Jones behind the wheel and they'll be joined by another invitational entrant. Enduro Motorsport are bringing a Mercedes AMG GT4 with Morgan Tillbrook and Marcus Clutton aboard – Clutton being relinquished from Group GT3 duties for this weekend.

The core of Group GTA remains the same with plenty of Ginettas, but there are a few new additions for our Brands Hatch weekend. Team Hard Racing are currently occupying the top three spots in the GTA points table with Josh Jackson and Simon Orange leading the way. Callum Jenkins and Harry Yardley-Rose sit 119 points adrift, with Russ Lindsay and Patrick Collins a further five points back. Century Motorsport's Alex Stevenson and James Kellett will be looking to close the points gap to the Lindsay/Patrick car this weekend – they currently lie just eight and a half points behind.

The rest of the group is made up of invitational entries. Sticking with the Ginetta theme, Triple M Motorsport are adding another Ginetta G55 to the grid, with Dan Morris and Ian Duggan sharing the car. A swap from a Porsche to a Lotus Elise sees Richard Chamberlain join the group, sharing driving duties with Matthew Chamberlain. Makehappenracing's Stephen Walton and Chris Hart are back for more having had a solid introduction to the championship at Silverstone. David McDonald Racing will be bringing a BMW 235i Cup to the field, while Steve Atkinson joins with a Porsche 968 Clubsport, giving the group four manufacturers this weekend.