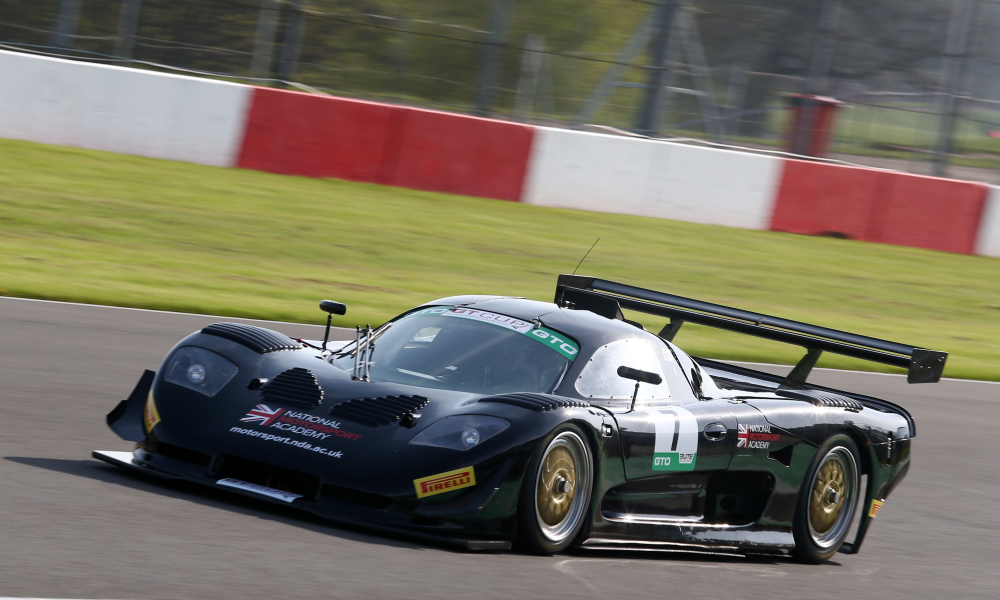 A contender for overall victory in both sprint races, Downing’s effort of 1m 05.666s bettered the best times set in Saturday’s qualifying session. Race two winner Daniel Gibson pushed him hardest and will start on the front row ahead of Nigel Hudson.

“It’s obviously great to get pole”, said Downing. “The Mosler deserves it and the team deserve it. Not just our lads, but the National Motorsport Academy too. We only had the car delivered here on Thursday, so it was almost a new car again. We always knew the potential was there, and now we’re proving that we have good speed. Hopefully we can show the improvements made from last year.”

“We’re on the same pace as we were yesterday”, said Barrow. “The front-end handles very well, but what we need is more traction for the two right handers before you come up to the chicane. We’ll do our best as usual!” Corbett added: “we know what the weaknesses of the car are, so we need to keep working on ways of improving it.”

The Ebor 23 squad emerged as double winners from the two sprint races, and the Maserati GT4 was best of the bunch in qualifying in Group GTH ahead of the Whitebridge Motorsport Aston Martin.

“It’s been a really successful start as we came here with no expectations”, said Randon. “We didn’t have any winter running in the car so had a first outing on Friday, then came away with two wins on Saturday. I hope we can convert it again today. We were taking our driver changeover quite seriously for the race today, so hopefully we’ll get on alright when it comes to it.”

Michael Igoe again challenged the GTO runners in the JMH Automotive Porsche 991, getting the better of Paul Bailey’s Ferrari 488 Challenge to potentially set him up for a hat-trick of victories at Donington Park.

“I’ve been doing alright and a lot of that is down to my coach, Adam Wilcox”, said Igoe. “The structure he has set up is amazing, there’s a lot of data work going on behind the scenes and it’s paying off now. JMH Automotive have been amazing, the car has turned out perfect in every session, so roll on the race and bring it on!”

Winners on Saturday afternoon after a hard-fought battle in Group GTA were Top Cats Racing, and they took qualifying honours in their Ginetta G55 with Gary Smith and James Reveller.

“It was a fantastic couple of laps by James”, said Smith. “Apart from the unlucky bit with the door [coming adrift], the car and the team have been faultless all weekend. It would have been nice to have another go with the wet tyres again!” 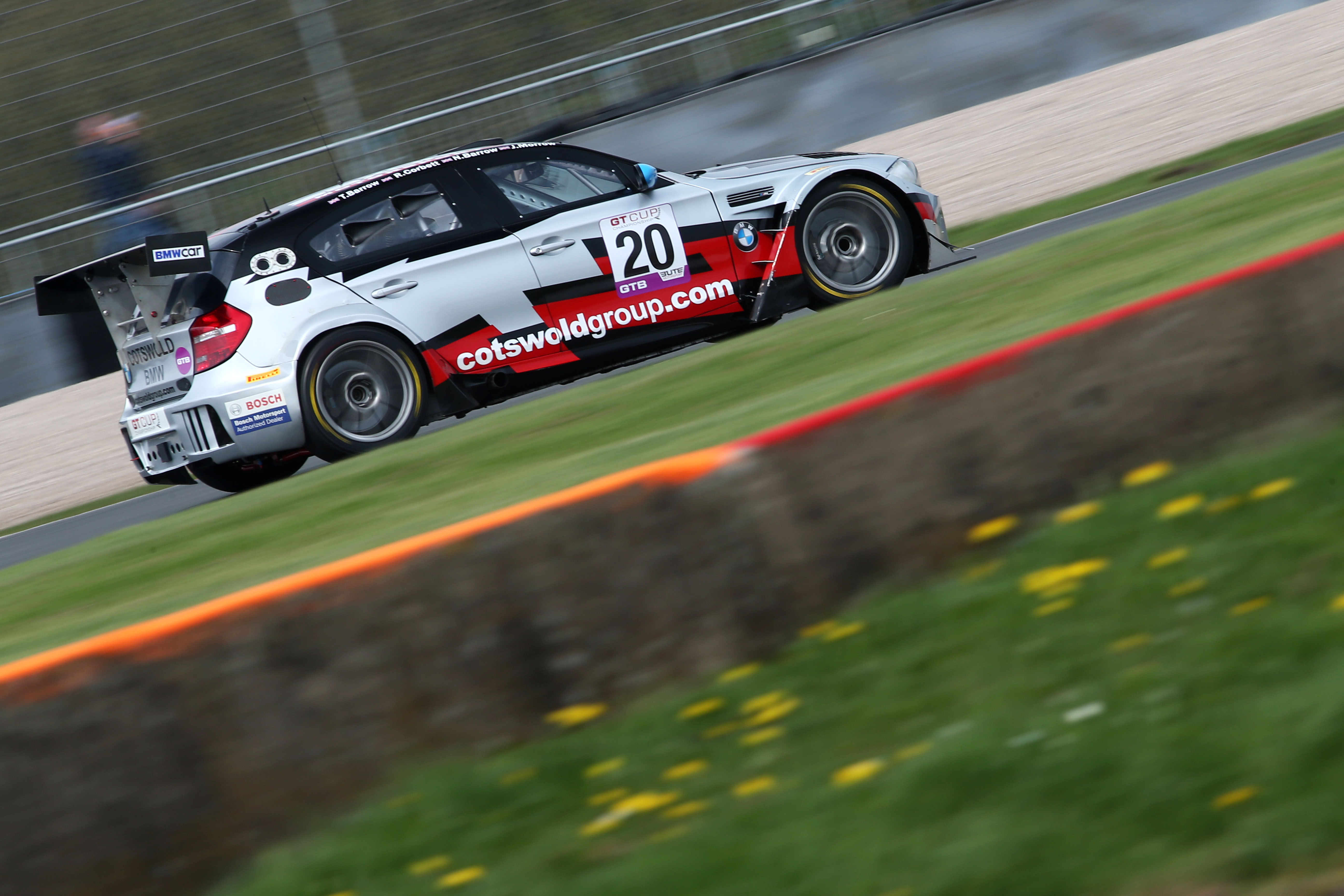