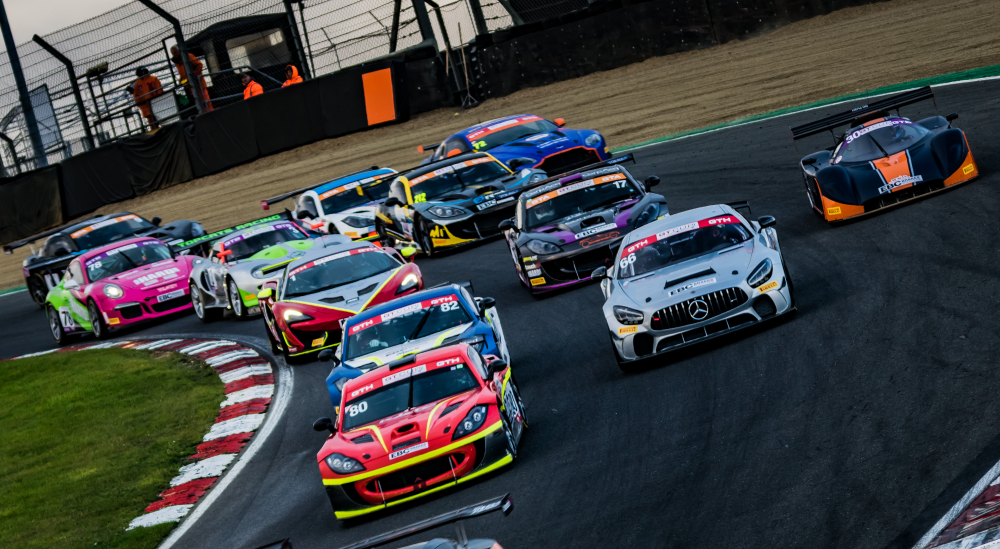 Counting Down to the 2021 Season - Introducing Group GTH

With the season start less than two weeks away, there still a host of GT Cup competitors to introduce you to. This week, we're looking at Group GTH, the championship's group for GT4 homologated cars.

Since the group's inception in 2018, its continued to grow in popularity and again for 2021 is the largest group on the grid. This year, there are nine full season entrants with several race-by-race competitors waiting in the wings for various rounds. The McLaren 570S GT4 seems to be the car of choice this year with five of them joining our full season cohort.

Who's Who in Group GTH

We're used to seeing Sam Neary driving with his father Richard, but for 2021 the young driver is adopting his first driver coach role. Team Abba Racing will be running the GT4 Mercedes AMG for Jason Garrett on his GT racing debut. The pair have already been hard at work both on track and in the simulator and are progressing well. Competition in the group this year will be tough, so Garrett will likely face a trial by fire, but with Neary on board, he'll have a solid guiding hand for his debut season.

David Holloway returns to the championship after skipping his planned 2020 season. Holloway's last full season with the championship was in 2018, which saw them finish second in Group GTH with a Ginetta. At the 2019 season finale at Snetterton, he debuted a new Aston Martin Vantage GT4 with Optimum Motorsport. The team came away with two podium finishes in group GTH, but it wasn’t plain sailing in what was a very mixed weekend. For this year, Holloway is partnering with Century Motorsport and a new teammate – former GT Cup champion Adam Hatfield. Adam helped bring GT Cup title honours to Chris Murphy a few seasons ago, so this new pairing will be one to watch.

Greystone GT are making their circuit racing debut in 2021 with the GT Cup. Fielding a pair of McLarens, the team have got an interesting stable of drivers to go with them. In the black and yellow 570S is Iain Campbell and Oli Webb. Campbell became involved in racing thanks to Greystone's Supercar Trackday program and 2021 marks his first full season in circuit racing. Oli Webb is a household name for endurance and GT racing fans having won the European Le Mans Series title and the Dubai 24 hours, as well as his great results in the World Endurance Championship and Le Mans.

The second McLaren entry for Greystone GT sees Mark Hopton team up with pro driver Adam Carroll. Like Campbell in the sister car, Mark Hopton started racing thanks to the Greystone GT Supercar Trackday program. Joining him in the turquoise-liveried McLaren is former F1 test driver and A1GP champion Adam Carroll. Carroll joined the GT Cup alongside Laki Christoforou in 2019, climbing to third in the Group GTC championship. He has an impressive track record and will no doubt be an invaluable teammate for Hopton.

Up-and-coming young driver Moh Ritson is making his GT Cup racing debut this season with Paddock Motorsport, a new team run by Le Mans winner Martin Plowman and British GT champion and Strictly Come Dancing champion Kelvin Fletcher. Ritson has a relatively short track record, having only started driving in 2017 in the Ginetta Junior Scholarship. Since then, he has competed in Junior Saloons with a Citroen Saxo and in Britcar with a Ginetta G50, as well as participating in test sessions with McLaren and Porsche, so he has some experience with the McLaren 570S he'll be piloting this year. Ritson is expecting to run the season with a teammate who will be announced later.

No longer the only McLaren in Group GTH, Steve Ruston and John Whitehouse are back for another season with a new team - Paddock Motorsport. The pair took the group and overall GT Cup titles in 2019 and protected their GTH title last season thanks to a glut of podium finishes and eight race wins. Ruston and Whitehouse have proven themselves to be a brilliant pairing and will surely be looking to add more trophies to the cabinet. However, Group GTH is growing ever more competitive and these two have their work cut out for them defending their title for the third year in a row.

James Guess and Feathers Motorsport made their GT Cup debut last season and made quite the impression, claiming second in the Group GTH title race. There is a fair bit of change for the team this year as they take their title fight to the next level. The Ginetta G55 GT4 the team ran last year is gone and in its place is a new Aston Martin Vantage GT4. Plus, along with the new Aston Martin car is an Aston Martin driver – Darren Turner. A formidable driver pairing in a quick car could prove to be quite the cat amongst the GTH pigeons.

Having dipped his toe in the water at Brands Hatch last season, Morgan Tillbrook is back for a full season with the GT Cup running with Enduro Racing. Tillbrook has raced with Enduro before, competing in FunCup. For his GT Cup season though, he will be joined by Marcus Clutton. Clutton is no stranger to the GT Cup having run alongside John Seale during the 2020 season. Marcus has proven time and time again to be quick on track, and as a qualified ARDS instructor, is sure to help his teammate get the most out of their Mercedes AMG GT4.

New season, new car for Simon Orange and Josh Jackson. The pair took Group GTA by storm in 2020, claiming both the group title and the overall championship title. This year, they are stepping away from Team HARD to run with Simon's own newly formed team Orange Racing in a joint venture with experienced Team Manager Jason Hughes and JMH Automotive. Along with this new venture comes a McLaren 570S GT4 replacing last season's Ginetta G55. However, with the new car comes a new group and these are stepping into arguably the most competitive group on the grid so keeping hold of their overall title could be quite the challenge.

As the largest group on the 2021 grid, Group GTH is sure to provide excellent entertainment from this fantastic cast of competitors, especially with some extra faces waiting to make an appearance. A record number of teams get their first taste of this season's action at Donington Park on the 10th and 11th of April.