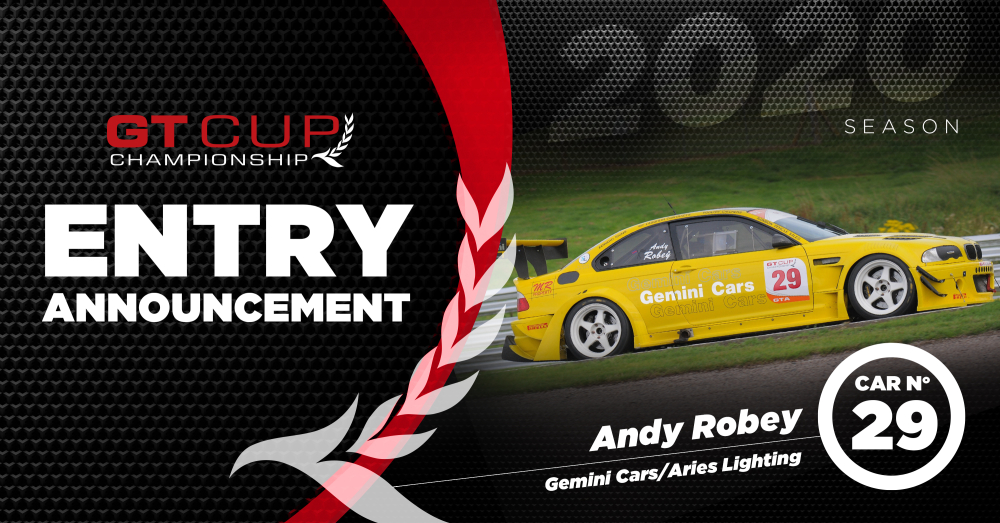 After the Break - Andy Robey Back in GT Cup

Following a year away from racing, Andy Robey and his yellow BMW are making a welcome return to the GT Cup. Robey debuted in GT Cup back in 2015, joining a couple of rounds before running a full season in 2017. He had intended to join the championship for 2018, but unfortunately had to step back due to injury.

The BMW M3 GTR run by Gemini Cars/Aries Lighting has been Robey’s faithful partner throughout his GT Cup career and will be his weapon of choice for the 2020 season too. His best finish during 2017 was fourth place, so Robey will no doubt be looking to improve for this season.

“I am very much looking forward to the new season. I’ve taken a year out to rebuild the car and now that I have the budget and am excited to do a full season in the GT Cup. We’re probably the smallest team but that wont stop us giving 100% and hopefully getting some reward for all the hard work. I can’t wait.”

“It’s great to see Andy Robey returning to the championship.” Said Bute Motorsport’s Chris Haynes. “It’s marvellous to have them back to the paddock.  Their return will add to the Championship immeasurably and we are delighted to welcome them home.”