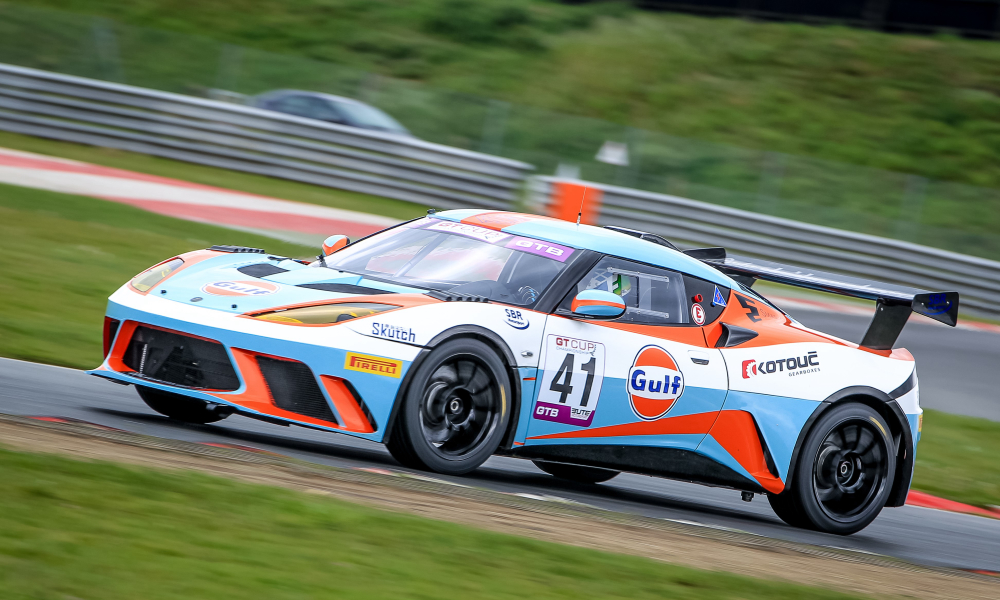 A Return to GT Cup for Stanbridge Motorsport

The GT Cup is regaining a Lotus Evora for 2020 as Stanbridge Motorsport sign up for a full season with James Simons and Fraser Smart. The Gulf-liveried Lotus proved to be a fan favourite and Bute Motorsport are thrilled to welcome the team back to the championship.

It was a difficult debut season for Stanbridge with the car proving to be a bit of a challenge. The team had to miss the opening round at Donington Park, and instead launched their 2019 campaign at the first of the season’s three Snetterton rounds. Despite being new to the series, it didn’t take the team long to settle into the paddock and embody the spirit of the GT Cup Championship. Experiencing both podium finishes and DNF results, it was a real up-and-down year for Simons and Smart, but work has been ongoing to improve the car for 2020.

“Last year was a trying season for us, as we were developing the car.” Said Simons. “However, our winter rebuild is well underway and there are some fresh upgrades for the Lotus. So, with any luck, we’ll find ourselves a bit further up the grid in 2020."

“We are delighted to welcome back James and Fraser to the GT Cup for 2020.” said GT Cup Championship Director Hannah James. “After a challenging 2019, we’re looking forward to seeing what the team can do with the upgraded car.”

The 2020 GT Cup season kicks off at Donington Park on the 18th and 19th of April. Full season dates can be found on our website.