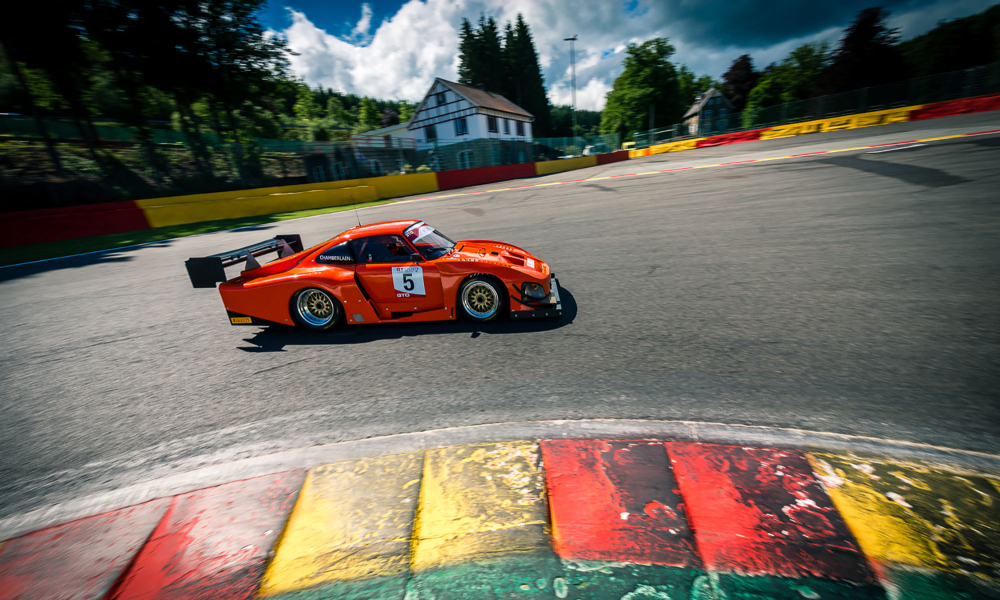 After smoky end to season at Silverstone, Chamberlain "fired up" for fresh attack on GT Cup

GT Cup grids will once again contain the orange menace of Richard Chamberlain's Porsche 935 after the race-winner returns to the Championship in 2018. Despite a devastating fire which not only ended his campaign last year but wrecked the car, Chamberlain has rebuilt and improved his unique machine.

"I'm all fired up!" said Chamberlain. "The Porsche will be ready in June. We've done an awful lot of work on it as it was destroyed at Silverstone. Normal people would have written it off, but we haven't, we've modified it considerably since then. We've turned the engine and gearbox around so it's now a proper mid-engined car similar to the current 991 RSR's."

With the car not ready for the start of the season Chamberlain will come out to race in a very different piece of machinery for the early races. "Initially we might bring our little Lotus with a Honda engine out and troll around at the back of the field having fun," he said. "I've done a bit of work on it over the winter, taken a bit of weight out of it and that's it. Hopefully it will go around and around and be fun."

With so many changes to the 935, Chamberlain will need some testing miles before taking the car back into competition. "I've got to learn to drive the Porsche because it will be completely different," he said. "I'd love to debut the car at Spa, but I don't think we will make it. If we can we will because Spa is brilliant – I love it. But it's such a new car we can't push it too hard. Every single bit of the car is home-made. We've had to buy machinery to make the parts as that's the only way to get it done. I'm proud about that."