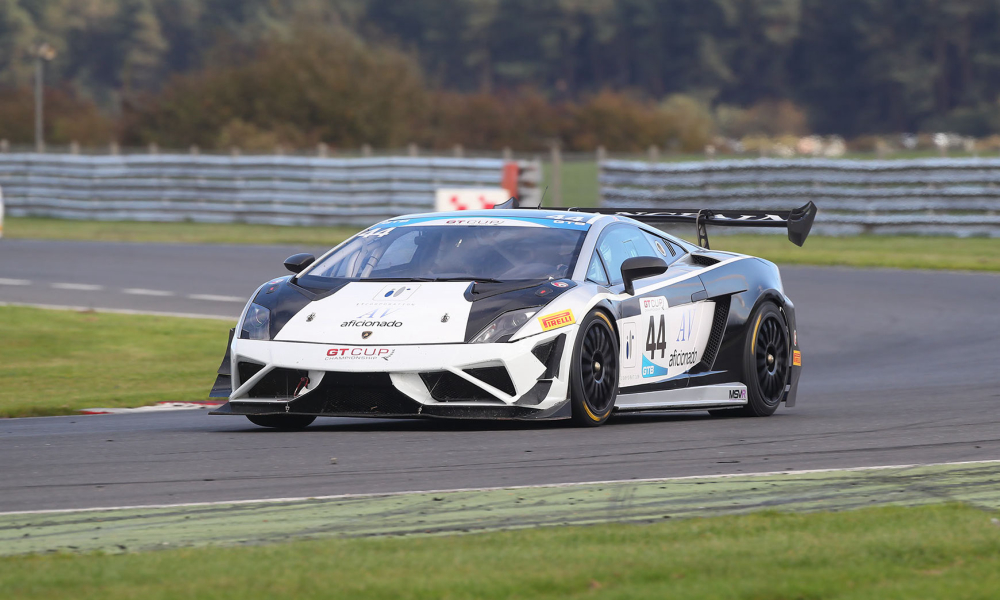 Huggins strikes back with pole for final race of the season

Neil Huggins took an important pole position in Group GTB as he tries to fend off the resurgent Webb brothers for the championship in Sunday's final race of the season.

"It's really nice to get pole," said Huggins. "We put fresh rubber on today - we've been doing the whole weekend with old rubber - so it was our best chance and I'm pleased we made it count. It would have been disappointing to have saved our aces and still not had a winning hand! It takes me into the race in a positive frame, I know what I've got to do, the car is good, I'm feeling good, so what more can I do for preparation?"

Following up a debut win yesterday, Will Burns put the HHC Motorsport Ginetta on pole in Group GTA. "It's good to be back with the guys at HHC, it's like an old pair of slippers," said Burns. "I'm here with Mike Newbould who's assessing his options for next year and I'm hoping to work well with him in this race.

"The objective there was to get Mike as far up the grid as possible. He's doing a great job considering how much experience he's got, but he's in the right hands with HHC and hopefully it'll turn him into a good gentleman driver and he'll be touching on the shoulders of me soon!"

Jake Rattenbury returned from his trip to Oulton Park last night with fastest time in GTC, a day after clinching the championship. "I like that we went quicker than yesterday as it shows what new tyres can do," said Jake. "We haven't had new tyres in testing at all this year. It shows there's some more pace in me. I'm going to have a nice enjoyable race, I won't put myself or the car at risk, but the racer in me will probably change that when push comes to shove!"

Rattenbury pushed GTO champion Graham Davidson for overall pole, but the Scot had enough pace to take top spot as he looks to clinch the overall title ahead of Dominic Paul, though he has a large success seconds deficit to Gareth Downing. "The lap was good," said Davidson. "There's more time in it but I didn't want to push and break anything else! We need to win this last race and end it the way we started. The Lamborghini was quick as well, but we're on the front row and have clear air ahead, and have to overcome the 30-second difference to the Lotus."