BAILEY AND GLEW BATTLE TO VICTORY IN FERRARI AT SNETTERTON 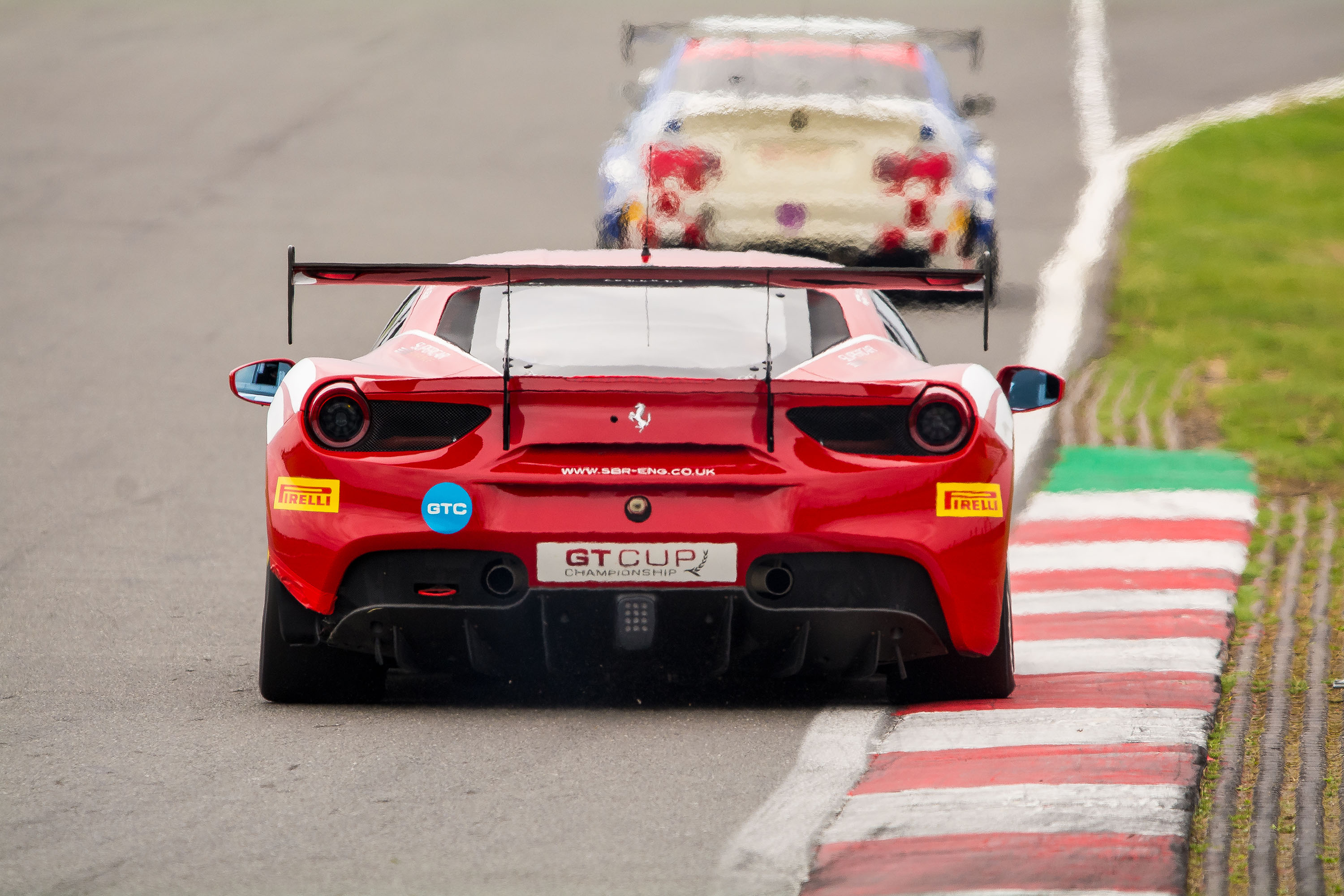 SB Race Engineering duo Paul Bailey and Phil Glew fought their way through to overall victory at Snetterton in the GT Cup Championship on Sunday afternoon. Starting behind Group GTC rivals Michael Igoe and Adam Wilcox, the pair caught and passed the Porsche duo, albeit with contact between them, and then fell back behind after a stop-go penalty for a short pit stop.

With it all to do again Glew reeled in Wilcox ahead and forced him into an error, passing into Montreal in the closing stages of the 50-minute contest. “I’ve loved it,” said Glew. “Paul’s pace has improved and today was a lot of fun because we’ve both had good races. We knew we had the time back to us in the pit stop but I still had to do a bit of work. Unfortunately, Adam and I had a bit of contact, but it was a racing incident. The pit stop penalty is what it is but the race after that was awesome, I really enjoyed that. I forced him into a mistake and got back into the lead.”

Paul Bailey - SB Race Engineering (28)
“It was a nice close race. Phil earned it, he was two seconds a lap faster than Adam. Not only did we overtake him one time, he had to do it again. Tom [Webb] is a great driver but he can only keep it behind him for so long. Once I was past I was able to catch the gap to Michel which was critical as the 15-second success penalty is what allowed us to creep forward.”
Adam Hatfield continued a strong season for both himself and the Whitebridge Motorsport team, taking the spoils in Group GTH in his first solo pit-stop race drive in the GT Cup. “I think that’s the best I’ve driven all year,” he said. “I managed the car, built the gap early and did the job I needed to. I knew Phil would be really quick in the Marlin Hawk car, so I had to make sure I got it done nice and early. It was tough, I had to make sure I didn’t make any mistakes. There’s lots of factors outside of your control but it was as comfortable as it could have been.”

Tom Webb made it a perfect weekend for himself and brother James, matching Saturday’s performance with the win from pole in Group GTB, which included a battle with the race-winning Ferrari in the early stages.

“I had a good start and was really pleased with it,” said Tom. “I just about managed to keep Paul [Bailey] behind me, but he made a really good move, so I let him go and tried to hold on to his coat-tails. It was a quiet race really, but I chased for third overall at the end. We’ve had a little bit of extra tyre wear but other than that it’s been really good.”

In Group GTA Tom Hibbert added another trophy to his collection as he took the win after car problems sidelined the rival Ginetta of James Reveler and Gary Smith. “It was an easier race than I thought it would be as James’ car had trouble,” he said. “I was on old rubber which made it hard work. I struggled to keep up with him but unfortunately he had a mechanical issue which isn’t the best, you want to race really. I had one track limit penalty but nursed it as we’d had failures this year as well. We’ll probably look to do Donington Park now as well.”

Gareth Downing took the victory in Group GTO though the National Motorsport Academy team still had to battle its Lotus Evora during the race. “The car was still overheating,” he said. “I was able to maintain the lap speeds at the beginning but eventually it crept up and I let some cars through. I settled at a lap time but the heat soak at the pit stop seized the gear compression, so the lads had to work on that. Hopefully the Mosler will be back next time.”