Race Report for Qualifying One 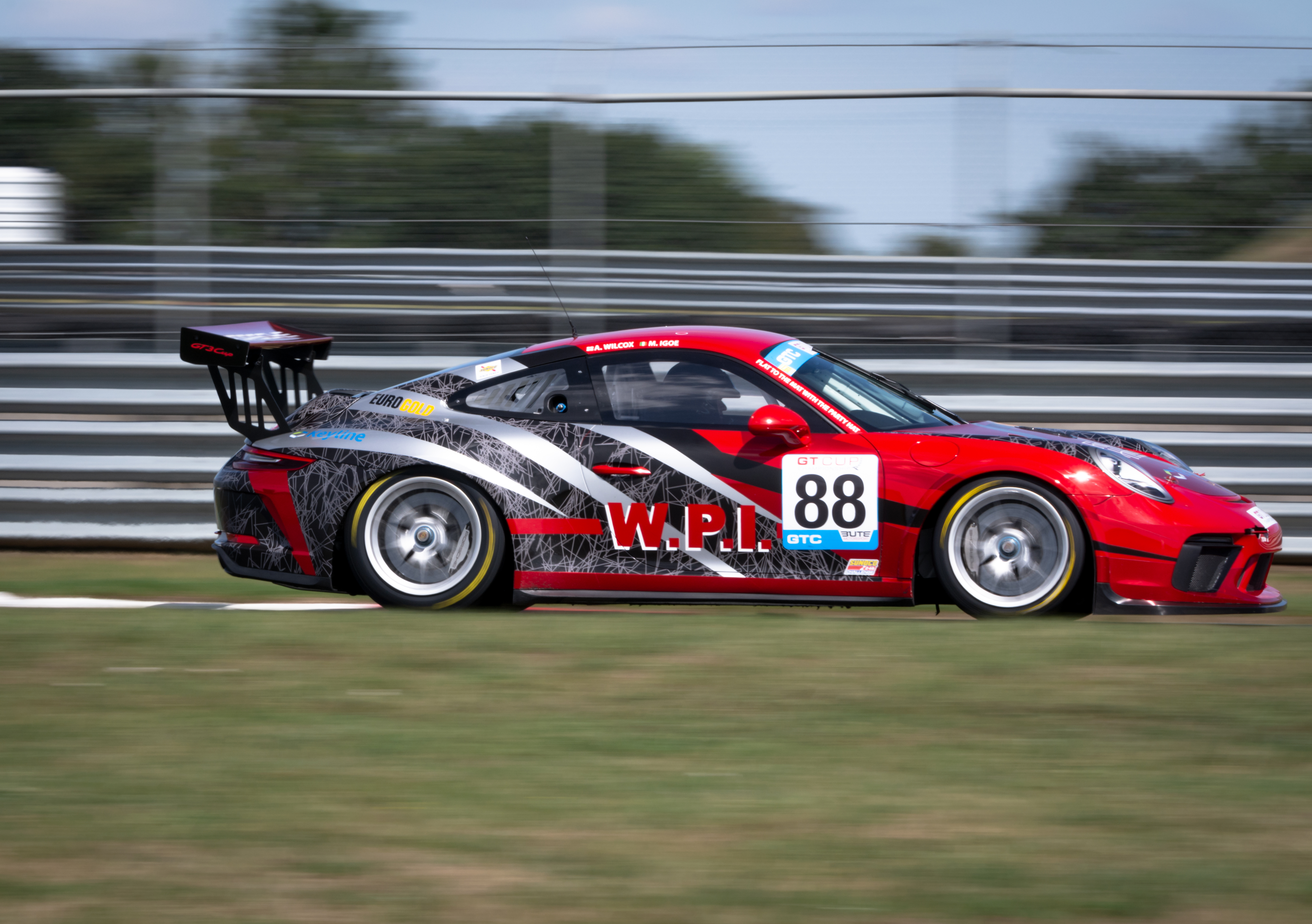 Michael Igoe emerged top of the timing screens as the GT Cup Championship made its return visit to Snetterton in Norfolk for a mid-summer spectacular. The Group GTC competitor went a stunning two seconds quicker than anyone else under sunny skies for the morning’s qualifying session.

Michael Igoe - WPI Motorsport (88)
“The car felt good and the setup was amazing. I got my head down and got on with it. I got two good laps in there and even though there's a lot of quick cars around me it was enough. We're on pole position, so hopefully I can get the better start and take it from there really. Adam [Wilcox] has been amazing so far helping me behind the wheel.”
Lining up second on the grid and fastest in Group GTB was James Webb in his BMW M3 GTR, who went just three tenths of a second quicker than Paul Bailey in the Ferrari 488 Challenge. After several good battles between the two cars last time out, all eyes will be on the duo for the first race later this afternoon.

“We didn’t have the best practice session earlier on as the tyres we ran were from the Oulton Park weekend,” said Webb. “As soon as we bolted on some newer ones there was a huge amount of grip and I was able to put the time in early on. I think it was a fair bit faster than I have been around here before, so we’ll see how things go in the race."

Starting sixth overall and first in Group GTA was the returning Tom Hibbert in his Ginetta G55 GT4. After a strong weekend at Brands Hatch in May he is keen to carry on the form this weekend.

“We’ve dusted the cobwebs off and will try some new things,” said Hibbert. “The car feels good and it’s dry. We used the rubber from Brands Hatch but when you put some more on you can gain at least a second I reckon, but it’s hard to say.”

A mere six tenths of a second covered the top three runners in the ever-competitive Group GTH, with Adam Hatfield coming out ahead of the Ginettas of David Holloway and Steve Ruston.

“The car is running well, I’m enjoying the weekend, so can’t ask for anything more so far,” said Hatfield. “The Whitebridge AMR car is good. We’ll push as hard as we can. It’s still a bit early to think about the Championship, we need to keep scoring points and pushing and when we get to the final weekend we’ll see where we are.”

Rounding out the Groups was Gareth Downing after a fraught overnight battle for the National Motorsport Academy team. Engine problems sidelined the team’s Mosler MT900 after Friday’s testing so it swapped over to the Lotus Evora GTE for today. Only being able to manage a lap at the end of the session, the Group GTO runner will be looking to make progress through the field during this afternoon’s race.