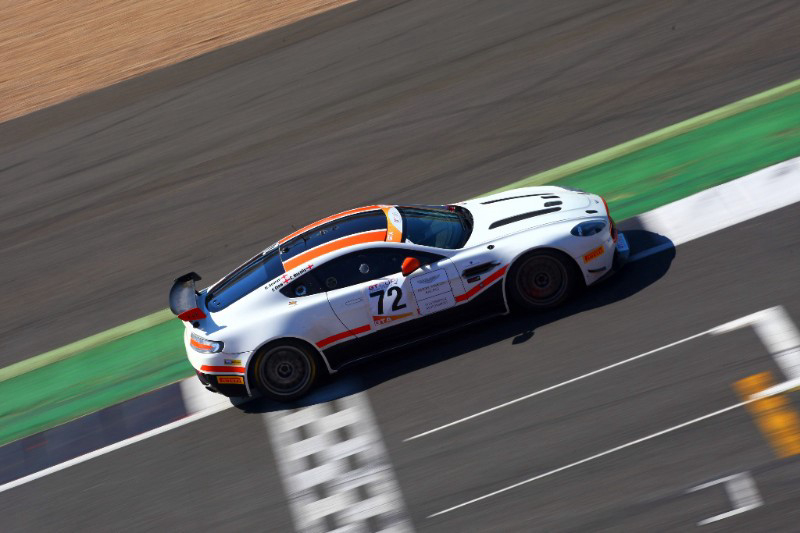 The GT Cup grid is taking shape as Group GTH is boosted by the arrival of Adam Hatfield who will partner Chris Murphy in Whitebridge Motorsport’s Aston Martin Vantage GT4.

20-year old Hatfield has competed in the Clio Cup Race Series and raced for half of the season in British GT last year in a Ginetta G55 GT4, with a fifth-place finish in class at Brands Hatch. He started this year with an impressive podium in the Dubai 24 Hours after winning in class at the Imola 12 Hours in 2017.

“It’s a little bit of a change from a Ginetta to an Aston but I’m looking forward to the challenge and partnering up with Chris,” said Hatfield. “We’ll be at the Aston Martin Racing test in Portimão next week getting some mileage in ahead of the season.

“It will be a bit of a learning year, but hopefully we can get some good results as we go. The draw of the Aston Martin brand is quite appealing; it’s good for sponsors to be racing at top circuits such as Spa and helps to create a good image for everyone involved. I have to thank both Hugh J Boswell and Ellpro Timber for their support in getting me where I am.”

Murphy felt there was only one choice for the car to race this year. “The Aston has opened many doors with people because of the brand image,” he said. “It really is a refined race car and the maintenance on it is negligible. One of the main reasons for returning this year is the new Group GTH for homologated cars which means we'll all be on a level playing field, and that excites me greatly. I’m going to enjoy the competition and seeing where I am as a driver.”

Tickets are now on sale for the opening round of the GT Cup Championship which will race alongside the LMP3 Cup for six of the eight rounds in 2018.