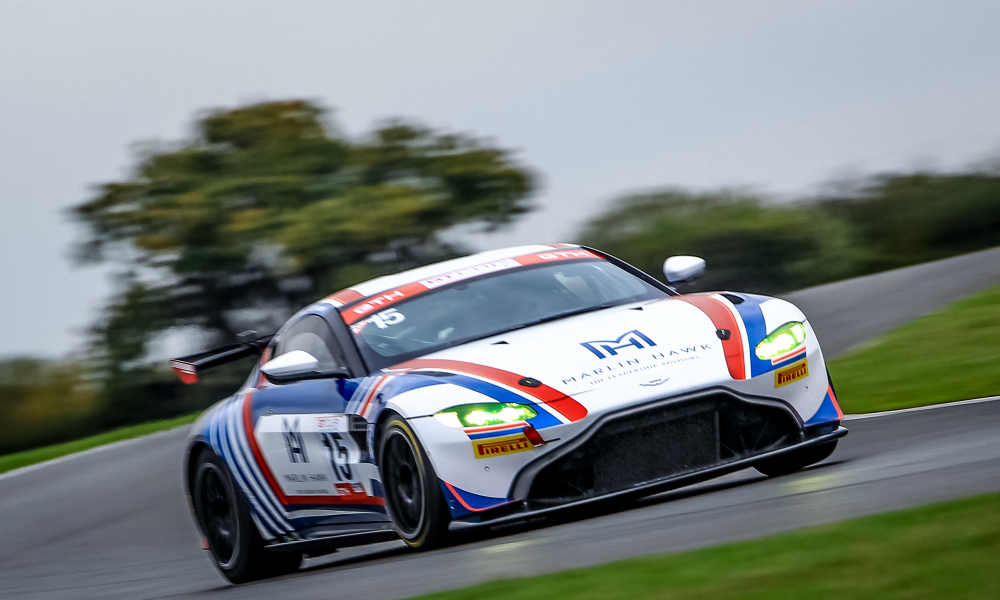 David Holloway and teammate Piers Johnson will be joining the GT Cup full season roster for 2020. The pair dropped into a couple of rounds during 2019, but their last full season with the championship was in 2018, which saw them finish second in Group GTH with a Ginetta.

At the 2019 season finale at Snetterton, Holloway and Johnson debuted a new Aston Martin Vantage GT4 with Optimum Motorsport. The team came away with two podium finishes in group GTH, but it wasn’t plain sailing in what was a very mixed weekend. For 2020, team and car both return, and Optimum will be running the pair in the Aston Martin for the season. Time is on their side however, with Holloway having run in the car with Optimum at the Gulf 12 Hours back in December.

“I’m delighted to back for a full season of GT Cup in 2020,” said Holloway. “We are entering with Optimum Motorsport in their Aston Martin Vantage GT4, having run with them at Snetterton and in Abu-Dhabi at the end of last year. It is brilliant to back driving with my great mate Piers Johnson in an Aston Martin and we are aiming for the top step this season.”

“I’m really excited to be racing with David in an Aston Martin GT4 for the full season of GT Cup.” Johnson added. “We had a little taste of the car and team the end of last year, so we’re looking forward to building on what we’ve learnt and fighting for wins.”