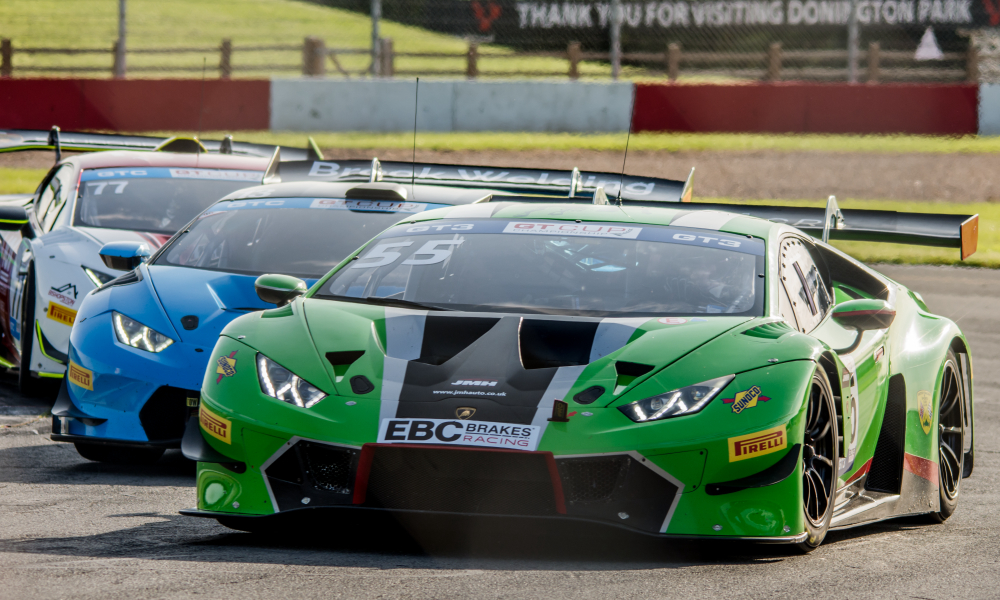 As the year of 2020 begins to draw to close, so too does the thirteenth season of the GT Cup. And what better way to mark the end of the season than at our 100th event! The championship heads back to Donington Park for an epic season finale.

The focus for the weekend will no doubt be on who will be taking the various championship titles up for grabs. Three entrants find themselves fighting for the overall title. Josh Jackson and Simon Orange lead the standings by 31 points, ahead of fellow Team Hard runners Ben Clayden and Sam Randon. Just 1.5 points further back are reigning champions Steve Ruston and John Whitehouse. Team Hard also have one hand on the Team's title which they currently lead by just over 200 points.

Five of our six groups will be represented on the grid this weekend at Donington Park. In Group GT3, current points leaders John Seale and Marcus Clutton return in the JMH Automotive Lamborghini Huracan GT3. Grahame Tilley and Will Tregurtha will be bringing the fight to them in their Nissan NISMO GT-R GT3. As the only members of GTC this weekend, John Dhillon and Phil Quaife are likely to be mixed up in this GT3 fight too.

In Group GTB five competitors will be taking to the track to compete for race wins. Ben Clayden and Sam Randon in the Team Hard Porsche currently lead the standings, 29 points clear of Top Cats Racing's Jensen Lunn and Warren Gilbert. David Frankland and 24-7 Motorsport are back in their Porsche 997 and currently sit third in the points standings. They'll all be facing on track competition from Charlotte Gilbert and Andrew Goord in the second Top Cats Racing Marcos Mantis and Geoff Steel Racing's BMW GTR in the hands of Richard Marsh and Gareth Howell.

Leading the way in Group GTH are reigning overall champions Steve Ruston and John Whitehouse. The pair sit 106.5 points clear of James Guess in the Feathers Motorsport Ginetta G55 GT4. Scott Sport's Craig Wilkins sits a further five points back but expect to see all three battling for the top spots on track this weekend. They'll also be facing competition from Whitebridge Motorsport's Chris Murphy, plus two invitational entries. Newbridge Motorsport return with their Aston Martin Vantage GT4 in the hands of Matt Topham and Alex Toth-Jones. We're also welcoming In2Racing back to the grid with Ian Loggie and a Porsche Cayman GT4.

Group GTA is the battle of the Ginettas this weekend. Topping the standings are Josh Jackson and Simon Orange. With one hand on the trophy, the pair are 135 points clear of their nearest rivals – the #34 Team Hard Ginetta. Harry Yardley-Rose is joined by Steven Chandler this weekend following a last minute driver swap by the team. Russ Lindsay and Patrick Collins sit third in the standings with Alex Stevenson and James Kellett fourth. The four points contenders find themselves joined by two further entrants this weekend. Makehappenracing return to the grid with Stephen Walton and Chris Hart, while Henry Dawes brings his Ginetta G55 to the group.