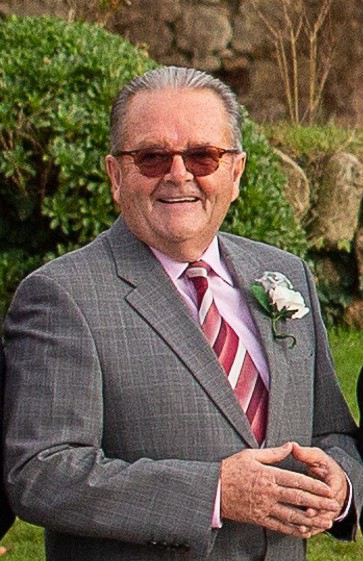 The GT Cup is extremely sad to report that our Technical Coordinator Philip Boland passed away peacefully at home surrounded by his family on Sunday 24th May after a short illness.

Phil was a devoted Husband to Annette, a Father to three daughters, who he talked about with such pride; Rachael, Sarah and Joanna, and a dear friend to everyone he met.  Always generous with his time, Phil made friends quickly with his easy manner and good humour.

His passion for all forms of motorsport was contagious and his experience was sought by young students to experienced old handers, looking for some evasive pearl of wisdom.  Moving around in motorsport circles with Phil was a humbling experience, he simply knew everyone and more impressively, they knew him!

Phil started his motorsport career in the Rally seen of the late sixties.  Success as both a driver and co-driver followed and on the 1978 RAC Rally he was Henri Toivonen’s Co-Driver in a Ford Escort.  He remained in Rally for several years with the likes of Peter Clarke, Jean-Pierre Nicolas and Kyösti Hämäläinen, making lifelong friends along the way.

In the 80’s he switched code and ran and raced in a variety of different fields including Formula Ford and Sierra Cosworth’s.  As a Tutor at Myerscough College he led the college Motorsport program as Team Manager and shared his passion with his students, not to mention young drivers.  He was modest about his accomplishments, but without doubt he contributed to our sport immeasurably through sharing his passion.

In the GT Cup paddock Phil was not just the man we turned to with a technical query, he was the ‘go-to’ guy we sought for counsel and guidance, whether to help understand a situation or to simply draw on his experience.  He was always kind with his time and attentive to the issue, quietly considering the matter before giving you his opinion.  He was endearing, with humility and a wonderful sense of humour who we will all miss greatly.

On behalf of Bute Motorsport, the GT Cup Championship and all our friends and partners we would like to extend our sincere condolences to Annette, Rachael, Sarah and Joanna for their loss.  As and when further details are made available by the family we will be sure to share.