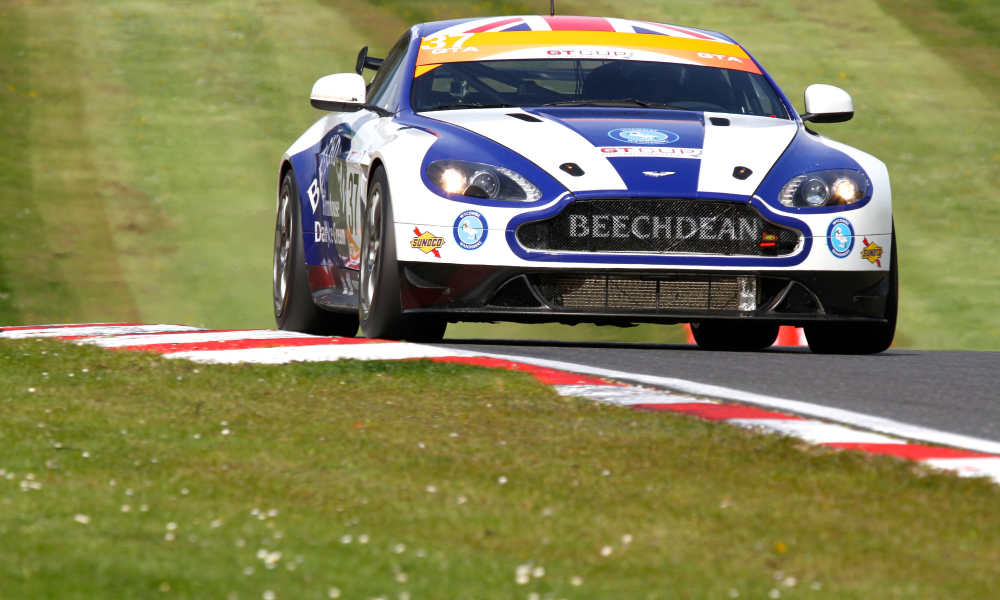 Three years after its GT Cup debut, top British endurance racing outfit Beechdean AMR will make its return to the Championship with a two-car entry for rounds 17, 18, and 19 of the 2018 season at Donington Park on September 8/9.

Team Principal and driver Andrew Howard, currently competing in British GT alongside factory Aston Martin driver Darren Turner, will make his first appearance in the GT Cup as he races his V12 Vantage GT3 in Group GTO. Howard, a two-time British GT Champion, returned to competition in the United Kingdom this year after two seasons in the European Le Mans Series, where he became GTE Champion in 2016.

Also making a return with the team will be motorsport enthusiast Paul Hollywood, once again climbing behind the wheel of Beechdean AMR’s Vantage GT4, which will run in Group GTH.

Hollywood first raced alongside Jonny Adam in GT Cup at Brands Hatch in 2015, taking a Group victory. He also took part in the 2015 Aston Martin Racing Festival at Le Mans alongside David Richards, and with Jamie Chadwick in several 2016 British GT events and the 2018 AMR Festival, as well as adding a second-place finish in 2017 24 Hours of COTA.

“Everyone at Beechdean AMR is excited to be running with Paul again,” said Howard. “The sprint format of GT Cup will be very good for Paul and I’m also looking forward to having the opportunity to get involved, especially as I’ll be racing at Donington again just two weeks later.”

With its two car entry, Beechdean AMR bolsters the GT Cup to six Aston Martins for Donington Park, alongside the returning Nigel Hudson and HUD Motorsports, and a trio of Vantage GT4s for Whitebridge AMR.

Interested entrants who would like to participate in the final two rounds of the 2018 GT Cup Championship season at Donington Park (GP) and Silverstone (GP) circuits should contact Christopher Thorn at [email protected] or call +44 (0) 1963 407035.