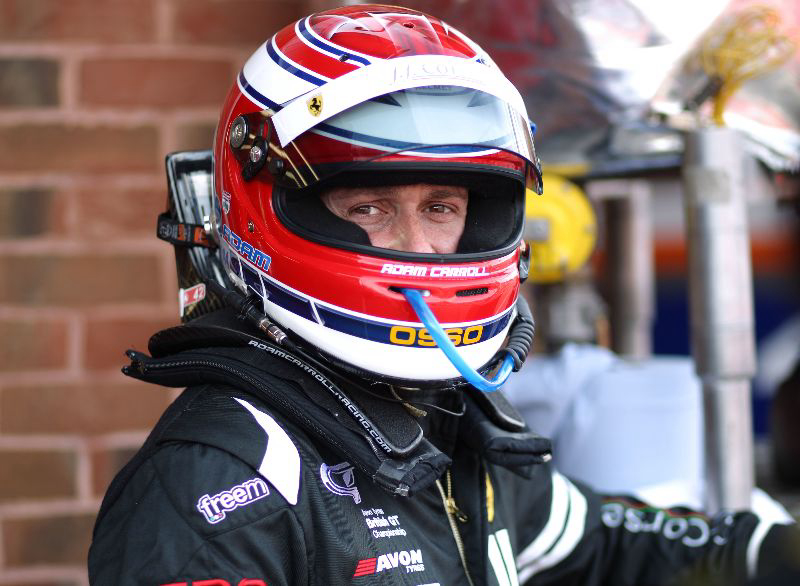 GT Cup are delighted to announce Adam Carroll for an exciting season in GT Cup.

The 36-year-old Northern Irishman will compete in the GT Cup, starting at Donington Park this weekend, and in the remaining Ferrari Challenge Europe rounds in a car entered by Budapest Ferrari.

Adam brings a wealth of success and experience to Silverstone-based FF Corse; having achieved superb results on his way up the single-seater ladder including the British Formula 3 National Class and F3 Euro Cup titles plus several wins in the GP2 Series and Auto GP.

Having taken Team Ireland to A1GP title success in 2008-09, he has also raced in the IndyCar Series, FIA Formula E and the DTM as well as spending a time as an official Formula 1 test driver for BAR-Honda.

He contested several rounds of the British GT Championship with FF Corse from 2014-16; finishing on the podium three times, and has also raced GT cars in the Le Mans and Spa 24 Hours and the FIA World Endurance Championship.

Adam will make his first appearance of the year at this weekend’s GT Cup season-opener at Donington Park as co-driver to Laki Christoforou in a Ferrari 488 Challenge and will take part in the full seven-round season.

Adam Carroll said: “I’m excited to return to FF Corse; a team I’ve achieved success with in the past in British GT, and even more so at a time when they’ve strengthened in all areas and are putting the building blocks in place to compete internationally in GT racing in the near future. When you look at some of the people involved in this programme, you can see how serious they are about this and I’m very pleased to be asked to be a part of this. I’m aiming to be at the sharp end in the GT Cup and to help Laki – a very competent historic racer – ease into modern GT machinery as quickly as possible. The Ferrari Challenge is completely new for me, but while I’m sure we’ll find the competition tough in Austria, we should be able to run competitively.”

Mark McLoughlin, Team Principal, said: “We’re thrilled to be able to bring a driver of Adam’s quality and experience into the team. The aim for the 2019 season has been to build our race team into one capable of competing for success on an international level. Adam’s signing shows how serious we are about this and he will be a great addition for both our Ferrari Challenge Europe and GT Cup programmes. I’d like to personally thank Ferrari Budapest, in particular, for the role they’ve played. Without their enthusiasm for competition and their ambition to win races in the Ferrari Challenge Europe, this would not have happened. We aim to repay the faith they’ve shown in all of us at FF Corse and compete at the front. In Adam, we’re sure we have a driver capable of this.”