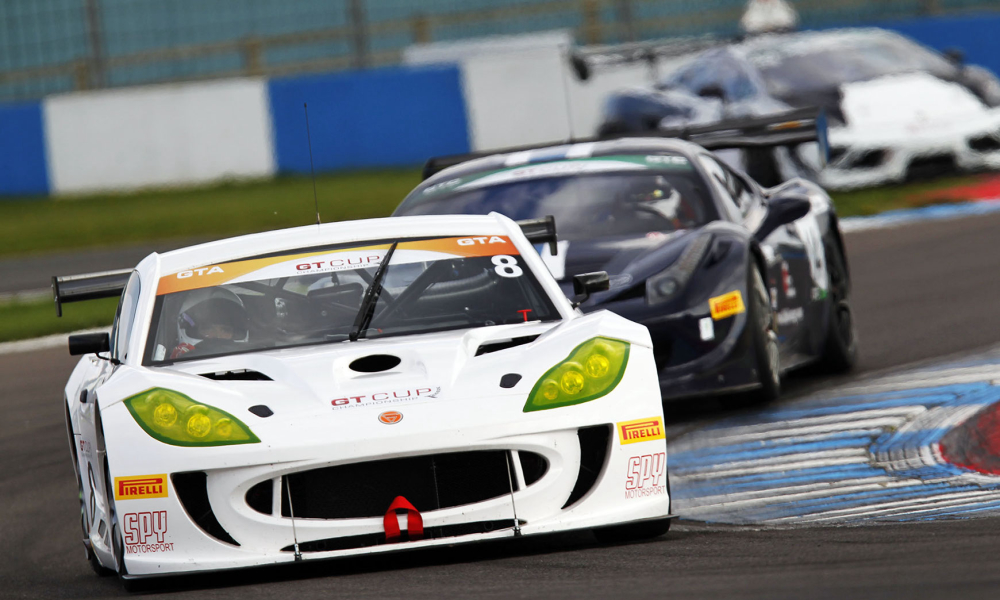 Delighted Dominic reflects on year to remember in GT Cup

Setting a performance benchmark at iconic circuits Brands Hatch and Spa Francorchamps early in the season, Dominic Paul raised the standard in Group GTA, wrapping up the championship and running Graham Davidson to the final weekend for the overall title.

"I didn't know what to expect coming into the season, and I would have been happy with a top-three place in such a competitive series," said Paul. "So to come out with a lot of overall wins has been fantastic.

"I think Brands GP was a highlight as it came together and the circuit was brilliant. I also knew at that point that I could win the championship: I just felt it. Then going to Spa and getting two wins even with the 45-second penalty gave me confidence, and once you've got that and you have a good team with you, you feel anything is possible."

Things weren’t so simple for Dominic and Spy Motorsport, with little track time in the Ginetta G55 before the first race at Donington Park, but he utilised every available option to prepare himself.

"We only got hold of the car a few days before the start of the season and I hadn't driven it before, so we had to get it set up and got better and better," said Paul. "The Spy Motorsport guys have been brilliant all year, and it was about consistently making sure we were quick. I watched a lot of videos on YouTube and understood how to get the best out of the car, and once I got in the car it all came together pretty quickly.

"We went through data from previous years and the team has a simulator which helped us get a feel for the car, but the circuits were also new for me so I had learn those too, but we’ve had a dream season and couldn't have hoped for any more."

With an impressive 14 victories in GTA and fifth overall at Donington Park in September, it has been a year to remember for Paul, who was keen to point out that he’d had lots of support to achieve his goal.

"I want to thank Spy Motorsport, Jon Barnes who I raced with many years ago and has been helping me, Bute Motorsport for organising the GT Cup, and Ginetta which has built a fun car to drive."