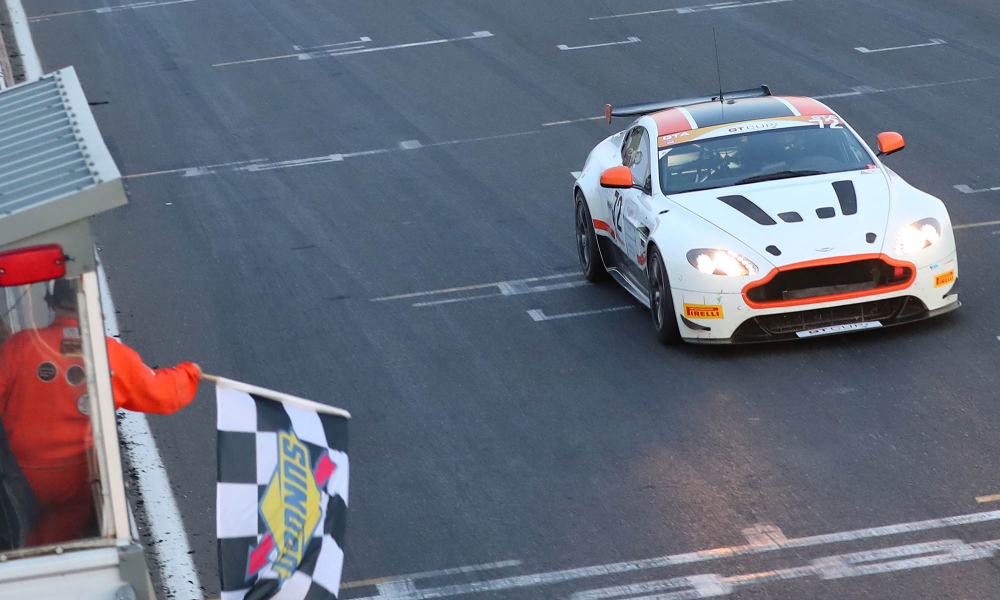 After a busy Autosport Show to open the 2018 racing season, the GT Cup Championship was delighted to sign up a number of competitors for the forthcoming year. Returning to the series will be Chris Murphy's Whitebridge Motorsport, which has two brand-new Aston Martin Vantage GT4 machines ready for Group GTH.

"One of the main reasons for returning this year is the new Group GTH for homologated cars which means we'll all be on a level playing field, and that excites me greatly," said Murphy. "I'm going to enjoy the competition and seeing where I am as a driver.

"The Pro-Am side of GT Cup I enjoy, the camaraderie is good, the different types of cars, the fact that it is spread over two days gives you time to prepare cars, make friends and socialise. The tracks are good: Spa and Brands GP are circuits you don't get to go to in normal championships, and hospitality is great."

With lots of options for cars to run in Group GTH, Chris only had eyes for another Aston Martin. "One of the most important things about the Aston is it has opened many doors with people because of the brand image, which I wasn't aware of," he said. "I was so impressed with Prodrive and now I have the product I am even more impressed because it really is a refined race car and the maintenance on it is negligible: it's brakes, tyres, and fuel at every meeting. Unless you bang it in to the barrier there isn't much to do to it.

"It's a turnkey car which, for an amateur like myself that's trying to learn how to race, is perfect. The support from Prodrive is second to none, any time a day seven days a week you can call and get assistance. It is an easy car to drive for a gentleman driver."

Whitebridge is no stranger to GT Cup, and is hoping that a second car opens up the possibilities for the team. "We are getting a second car out which we'll either get gentlemen drivers or fast young drivers in to try and help promote Whitebridge Motorsport."

The 2018 GT Cup season gets underway at Donington Park (April 21/22), and features 22 races over eight race weekends, including a prestigious trip to Spa Francorchamps in June.