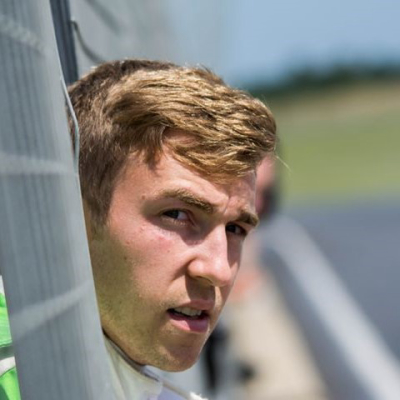 Interesting Facts...
* Sam is signed up with Tony Gilham’s Team HARD for 2020 after demonstrating his speed in GT and Ginetta Supercup in
2019. In 2018 he raced Tony’s ex-BTCC Toyota Avensis in a Britcar night race when he teamed up with BTCC new boy
Michael Crease.
* Sam also delivered the teams first outright Britcar win at Donington standing in for their regular driver who was getting
married.
* Sam did just 2 rounds of the 2017 UK Clio Cup in the TOCA package, surprising the TOCA paddock by qualifying front
row on his debut, but ran out of money after 2 rounds.
* Sam graduated from the Michelin Clio Cup Race Series for the generation 3 ex-TOCA Clio Cars finishing 3rd in the 2016
Championship winning several rounds along the way.
* Sam was part of the MSA Academy’s Advanced Apprenticeship in Sporting Excellence
* He works as a maintenance engineer at Rolls Royce. He holds a Duke of York award for Engineering, presented by
Prince Andrew.
* Sam races in support of the Me&Dee Charity run by Maria Hanson MBE.
* Sam was presented with his top 10 karting championship finish by Paul DeRista in 2011.
* Sam retired from British karting at the end of 2012 holding 4 lap records, some of which still stand today