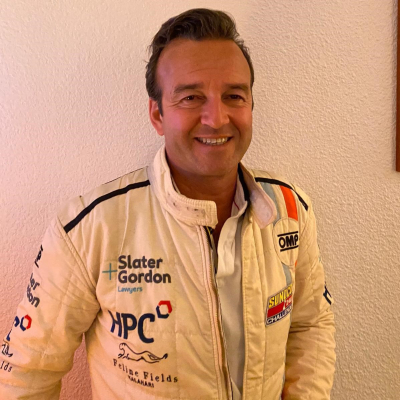 Raphael is not new to motorsport neither is he new to Team Principle Graeme Glew. Raphael attended Graeme’s racing school at Cadwell Park in 1986 before racing in Team Touraco’s inaugural season of Formula First where he finished 3rd in the Championship with 17 podiums and 2 lap records.

From 1991 - 2003 Raphael competed in Formula Ford including 13 Formula Ford festivals at Brands Hatch. One Festival included a Duckhams Van Diemen team mate by the name of Eddie Irvine and another formula ford race he finished behind a successful driver by the name of Jenson Button!

Sponsored by HPC of France

Pre GT Cup Championship quote “ It is a dream to be able to race with my son Ruben and we are both looking forward to racing the Project 8 Jaguar, I have known Graeme for many years and we have always had a lot of fun!”