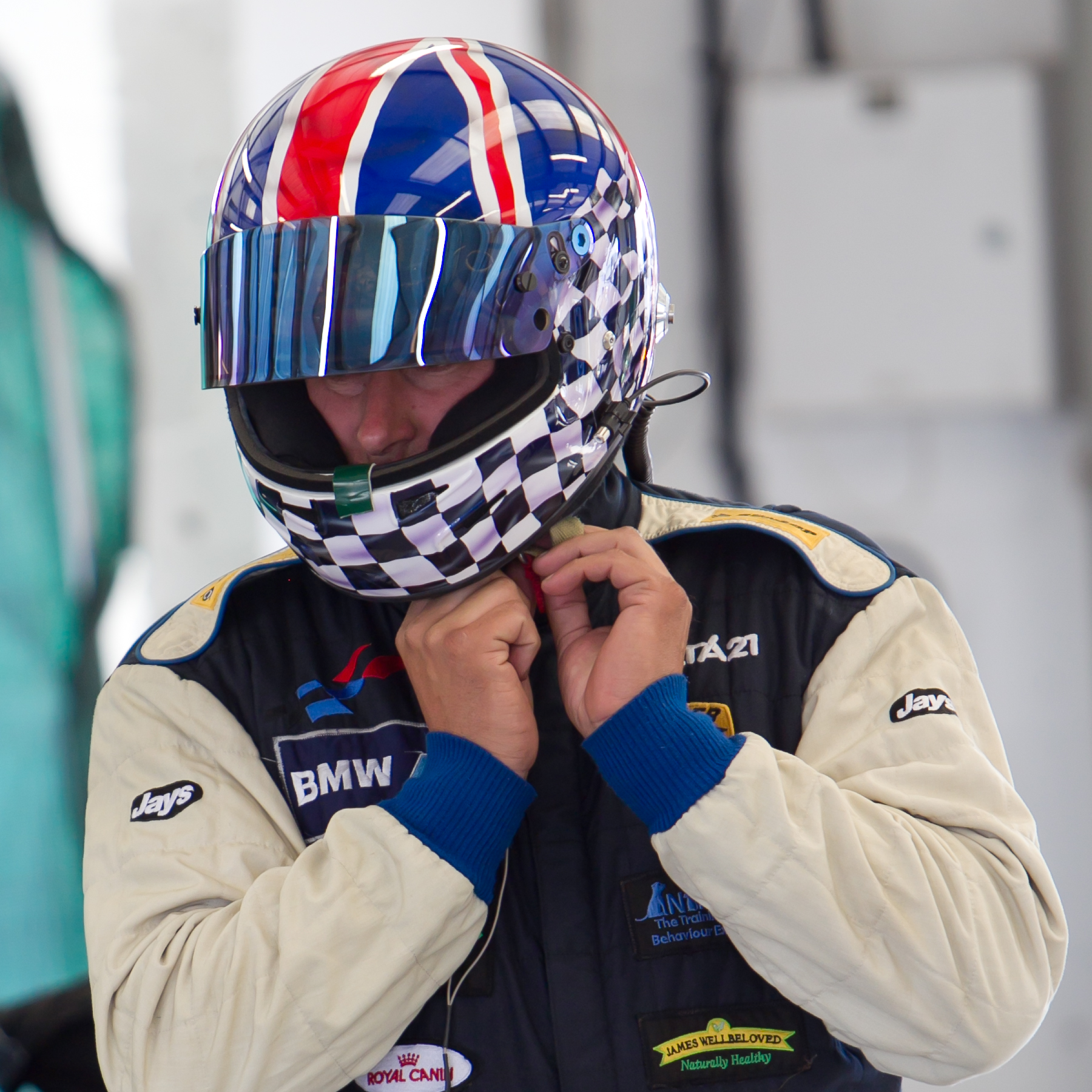 Jensen has been around cars his whole life, born in the UK he starting Karting at an early age and it was clear he had a gift for speed, progressing through the junior ranks and up to National and International championships offered him a wealth of experience and speed. Today he is an all round driver with in depth mechanical knowledge including chassis development and race car engineering from his time as team owner in disciplines such as British GT and TOCA, this close knowledge of what makes a race car work is an added skill for Jensen as a driver extracting the best from the machine he is driving.

Jensen had his first taste of racing when his father brought his kart at age 14, attending local tracks it was soon clear Jensen had speed. Winning the local championship with support of his fathers company as a sponsor Jensen then moved up into geared karts, this saw him take wins and learn setting up a kart. It gave him his first taste of uk circuits such as Silverstone and Brands Hatch. Following a crash in Ireland the decision was made to move up into stock cars.

For 3 years Jensen drove in the UK Stock Car Championship, racing in different classes all over the UK saw him mature as a driver and learn more skills in this unique motorsport arena. Jensen won many races and became champion in class in 1996. Moving within 3 classes also taught Jensen a lot about adapting to differnt cars and the driving styles needed for each that would later serve him well. This also became a time for learning about race engines as Jensen and His father would build and develop the cars themselves.

Jensen moved into Formula Ford, this step was a big step as the competition became more fierce and the cars and circuits were all new to him. Jensen competed in Chassis such as the Van Diemen and working with slick tyres and various gearbox layouts. Again this taught Jensen to be able to adapt and extract the best from the car with a big enphasis on chassis setup techniques.

Now familiar with all the UK circuits and single seater racing Jensen moved up into the Formula Vauxhall Championship (Europa). Again this brought harder competition with grids of over 30 cars all closely matched on performance. Jensen took his Lotus designed chassis and won the championhip in 2001.

Moving up into the TOCA series Jensen now entered the UK Formula Renault Championship, running his own 2 car team. The prestigeous series had the likes of Lewis Hamilton on the grid and was incredibly competitive with whole grids usually seperated by no more than 1 second. During this time Jensen learnt skills such as fine tuning chassis, maximising on tyre cycles and with TOCA's high profile came lots of media attention too so being in front of a camera is something Jensen became used to.

Following his single seater journey Jensen craved sports cars so decided to move into the British GT championship. Running his own team Jensen along with team partner Aidan Cole aquired 2 x Corvette GT cars and would go on to develop and have many success stories with them, the LS powered monsters were a crowd favourite and always delivered thunderous results.

The Britcar 24hr GT race held annually at Silverstone was the UK's premier 24hr event, joining team Strata21 for the race Jensen partnered with 3 other drivers for what would turn out to be an epic race. Taking many of the evening driving sessions and then finally the chequered flag this race was recalled by many who took part as one of the best 24hr UK races ever to be held. Jensen still remains friends with his driving partners to this day and all have gone on to have successful racing careers.

During this time Jensen ran his own GT team in Britcar, at first with the Chevron GT8 GT, the team devloped this car from the cup car it started out as to a fire breathing 500 bhp supercharged monster. Following much success the team then aquired a Ginetta G55 which would see them take much success and a classic race win at Snetterton on Jensen's Birthday.

Following some great racing in the UK and in Europe Jensen decided to focus on driver tuition and chassis development.

Jensen was hired for most of this year as an instructor, during this time he worked with 3 of the current UK Clio Cup drivers to help them with trackcraft and improving their laptimes. Jensen used one of his Jensen Motorsport built Clio Cup cars for tuition seen here at Rockingham with another young hopefull alongside him. Jensen regulalry works on driver tuition by appointment.

Jensen again was busy instructing, this time in the rapid Jensen Motorsport Radical SR3 Supersport. During the season Jensen worked with 2 independant drivers who are now competing in the National Radical Championship in SR3's. Jensen ability to adapt to different cars is a skill he has taught others as they progress themselves and becomes a skill any future champion needs to master on their way to the top.

Jensen was pleased to sign a championship full deal with the Topcats Racing GT team, pictured here Jensen and Topcats also agreed to compete in the last 2 rounds of the 2019 championship to allow Jensen to familiarise himself with the car and team ahead of a full assault in 2020 in the GT Cup Championship.

Jensen was quick to show his abilities driving with team owner Warren Gilbert at Donnington and they managed to take 2 race wins, a 2nd and 3rd spot in their first weekend on the GT Cup championship!. The Car is a Challenge Marcos Mantis GT powered by an LS engine, whilst the car has little in the way of driver aids it makes up in driveability, power delivery and balance which is a testiment to the team. 2020 is going to be an exciting year for the team and Jensen.